United Airlines is testing a novel way of bumping passengers 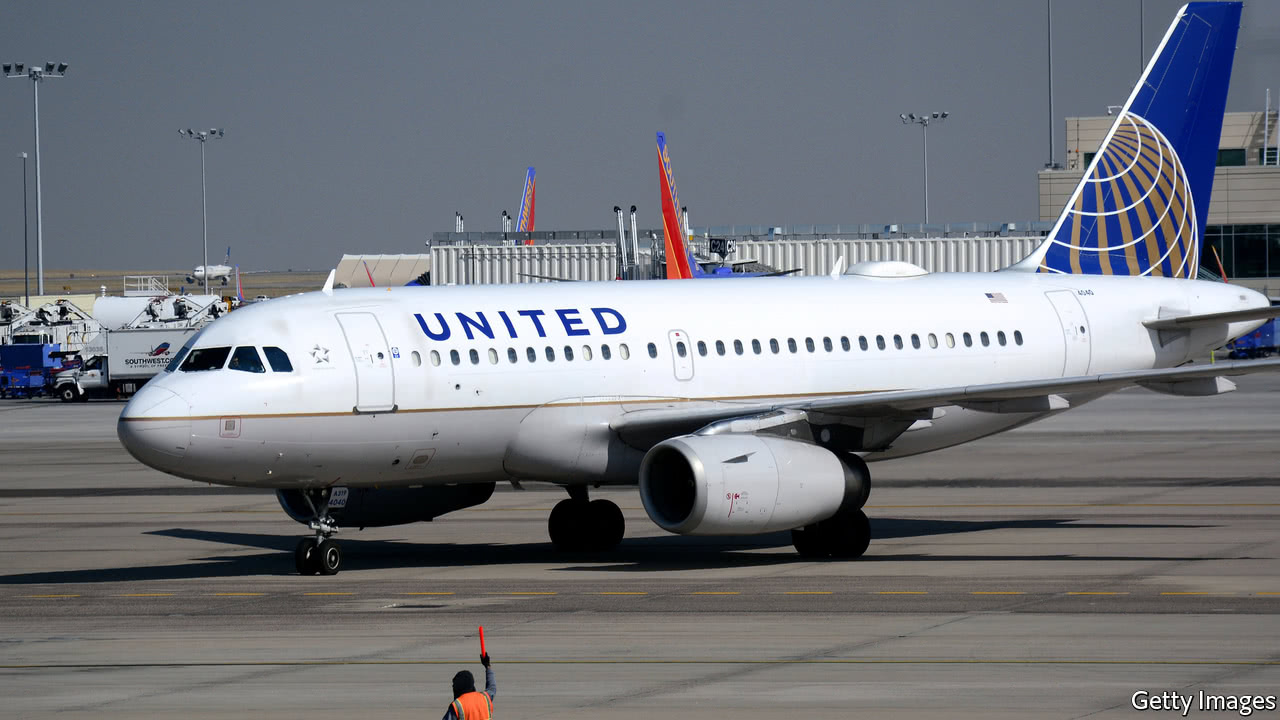 IT IS a classic traveller’s dilemma: you are waiting in the boarding area for your flight, and an airline employee asks over the loudspeaker if anyone is willing to be bumped in exchange for a voucher. You like the idea of sacrificing the unimportant meeting you were scheduled to attend in return for a few hundred dollars of travel credit. Then again you do not fancy explaining this to your colleagues, or sitting about in an airport for three hours waiting for the next flight.

Now imagine that instead of having to make this decision just before you board, you could do it do it several days in advance, in the comfort of your home. Changes the equation a bit, does it not?

United Airlines is contemplating a new scheme along these lines, called the Flex-Schedule Program. If a flight is overbooked, or looking like it might be, United will contact passengers who have signed up to the scheme up to five days ahead of departure. They will be given the option of switching to a less popular flight on the same day between the same airports, in exchange for a travel voucher worth as much as $250.

The idea is good news for flyers with flexible travel schedules who prefer to avoid the stress of a last-minute flight change. But it was born of decidedly unhappy events for United and its flyers, most infamously the incident in April in which a passenger who refused to give up his seat to accommodate off-duty airline staff was dragged from the plane and bloodied. That PR disaster, which was compounded when United’s boss initially blamed the customer for his intransigence, forced it into damage-control mode. The carrier quickly made 10 policy changes, including ending the practice of bumping passengers without their consent once they have boarded the plane, and increasing the compensation available to bumped flyers to $10,000. (Congress is now working to ban involuntary bumping altogether.)

Evidently the airline has no desire to hand over $10,000 to customers, even though it likely that flyers will bite long before that figure is reached. But the new scheme is more than just a cure for involuntary bumping. It is also a way for United to boost its profits. Bloomberg spoke with Azim Barodawala, the chief executive of Volantio, which crafted the technology behind the Flex-Schedule Program. It pitched the scheme to United as a way to free up high-demand seats that could then be sold to people willing to pay more for them. According to Bloomberg, in a meeting between Mr Barodawala and United executives it was posited that the programme could increase profits by over a $100m a year.

For once, what is good for an airline’s revenue does not seem to be bad for its passengers. United will remove a constraint on the seat-pricing process—namely, that once a person has bought a ticket, the price cannot be changed—and open it up to something closer to the free market. For a leisure traveller who bought a ticket two months in advance, switching to a flight a few hours later might make no difference, other than the $250 voucher he can pocket. But for a business traveller buying a last-minute ticket in order to make an important meeting, getting on that specific flight can be a necessity, well worth paying hundreds of dollars extra for. The airline will not complain if, by playing middleman, it nets the difference between the additional amount the business flyer is willing to pay and the voucher the holidaymaker receives.

If all goes as planned, United will not be the only airline to test the idea. According to Bloomberg, Australia’s Tiger Airways will unveil its own programme with Volantio next month, with Alaska Air joining in September and Qantas by October. And Mr Barodawala envisions a similar system for hotels—paying someone to move from one branch of a chain to another nearby, if the former is in high demand for a conference or other event.

Generally, the trend toward more stratification in travel has been bad for travellers. (See economy, basic.) But for once—and even if it took a disastrous few months for United to adopt the idea—this move to separate flexible budget-conscious travellers from those with more resources seems like a winner.