Britain: back to being the sick man of Europe? 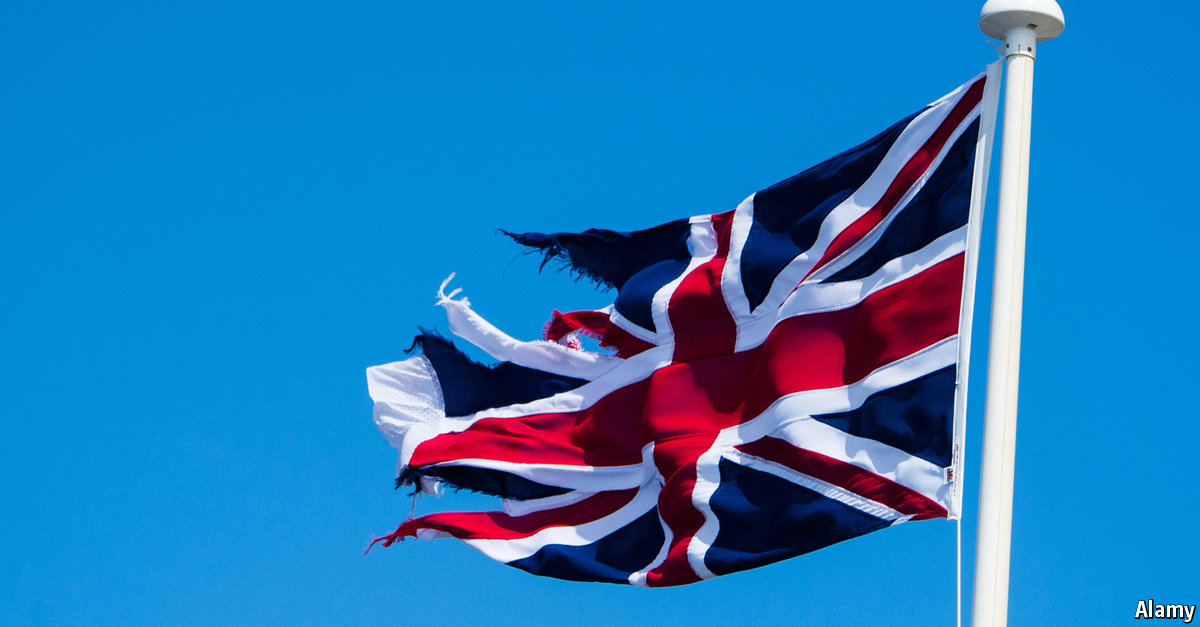 IN THE 1970s, Britain was dubbed “the sick man of Europe”, a role previously played by the Ottoman empire in the late 19th century. A poor growth record since the second world war combined with terrible industrial relations (29m days lost to strikes in 1979) to make many ask the question “Is Britain governable?”.

The reason Britain joined what was then the EEC in 1973 (at the third attempt) was, in large part, a desperate attempt to find a way of forcing the country to become more competitive. Whether Europe was the key factor, or whether it was Margaret Thatcher’s reforms, by the mid-1990s, the trick seemed to have worked. In particular, London, which lost a quarter of its population between 1939 and the early 1990s, became a global, self-confident city, attracting expats from all over the world. There was a point, a decade ago, when London started to talk of overtaking New York as the global financial centre.

But now there is the inexorable feeling of decline. Part of the problem, all along, was that the internationalisation that made London so successful was not shared, or indeed welcomed, by other parts of the country. One of my colleagues noted in 2014 the contrast between Cambridge, a university town, and Clacton, a faded seaside resort. Sure enough, when it came to the EU referendum last year, the former had one of the most pro-Remain wards in the country while the latter had a UKIP member of parliament. More broadly, two big problems have emerged since the 2008 crisis: the failure of real wages to advance and a very poor productivity record. These two problems are, of course, related. It is also possible that productivity was overstated before 2008 by the heavy weight of the financial sector.

What bodes ill for the outlook for the British economy is the political response. The EU became a convenient scapegoat for Britain’s ills, particularly in the tabloid press. But the Leave campaign, which didn’t seem to expect to win, was divided between the nativist Faragist group and free-market right-wingers who believe Europe is in decline and that Brexit would allow Britain to become more globalised (Singapore-on-Thames as it has been dubbed).

This divide has dogged the government’s response to the Brexit vote. Theresa May, a Remainer during the campaign, became “more Catholic than the Pope”, appointing Leavers to the key cabinet positions and ruling out membership of the single market, the customs union or any role for the European Court of Justice. She also interpreted the Brexit result as an anti-establishment vote (perhaps correctly) and used some anti-business rhetoric in her first year in office. But this shift was both insufficient to convince left-leaning voters  (leading to the disappointing election result) and simultaneously sufficient to alarm business leaders.

The key question as Britain leaves the EU is this: what will persuade businesses, domestic and foreign, to commit capital to the country and employ workers in better-paying jobs? The Conservative Party seems to have moved away from being the “party of business”, putting nationalist ideology over that sector’s interests. A certain degree of ideological flexibility from the Tories is to be expected. The Conservative Party did not govern for much of the 20th century because people loved it; it governed because the public felt it to be more competent than the other parties. But the party is not oozing competence now. And in an ideological popularity competition, it is likely to lose to the Labour Party, which is more in tune with the voters on issues like public spending.

Here is a very plausible scenario for the next two years. The Conservatives, divided and disorganised, limp through the Brexit negotiations, delivering a deal that satisfies neither Remainers (who want as close ties with Europe as possible) or Leavers (who want the reverse). The Labour Party has the luxury of heckling from the sidelines, knowing that it will not take the blame for the deal. Labour looks more and more likely to win the next election and as business considers the prospect, it declines to invest. The economic outlook deteriorates and Labour’s opinion poll lead escalates.

Then Jeremy Corbyn comes to power in, say, 2020, and pushes through higher taxes on business and on executives; nationalises the utilities; and adopts an anti-Western foreign policy. (The nationalisation element will only be possible when Britain leaves the EU; a nice irony for the Brexiteers on the free-market right.) Public spending rises, but taxes do not go up enough to cover it and the deficit soars. Foreign investors demand higher yields to fund the deficit, weakening the economy further. Not only do businesses not commit new capital to Britain, but existing businesses withdraw. The world shakes its head and wonders how a country managed to become the sick man of Europe for the second time.

Source: economist
Britain: back to being the sick man of Europe?