The power of populists 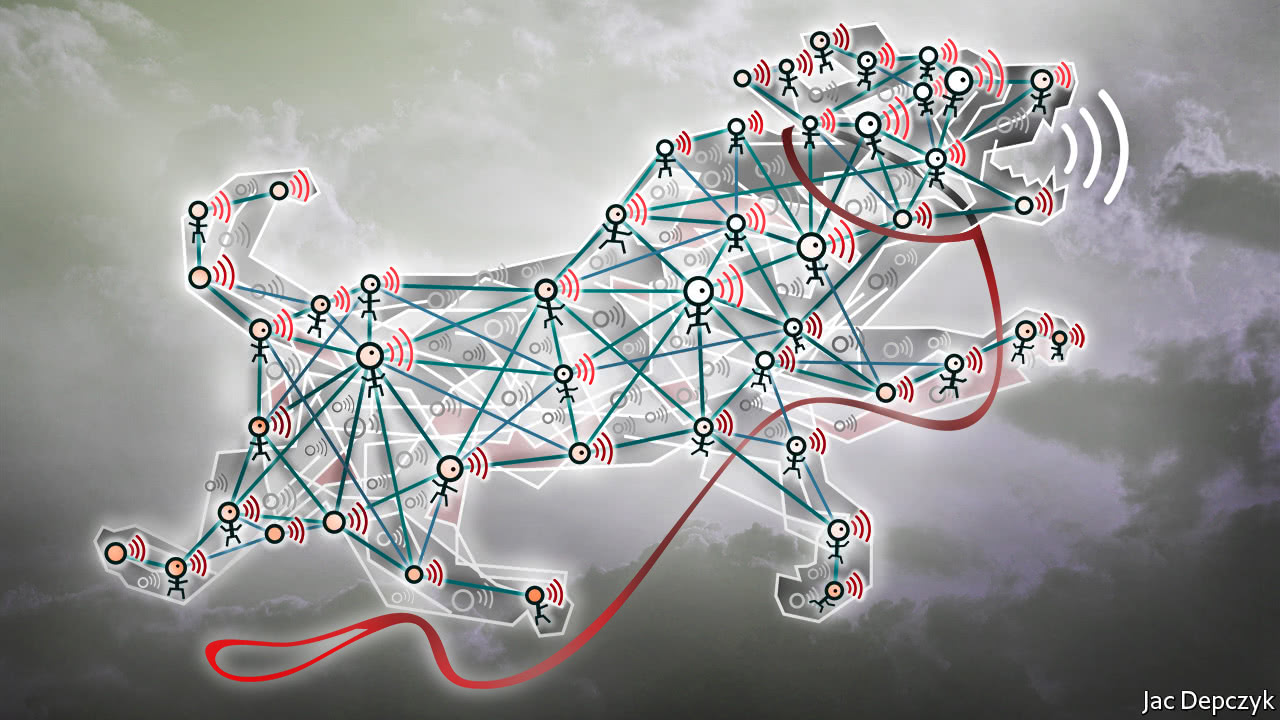 WITH the defeat of Marine Le Pen in her bid for the French presidency, establishment politicians in rich countries breathed a sigh of relief. The fortunes of extremist candidates have faltered since the populist surge that put Donald Trump into the White House. But it is hard to be confident that this was populism’s high-water mark without a better understanding of what caused the swell in the first place. The most convincing explanations suggest that populist upswings are not in the past.

It is tempting to dismiss the rise of radicalism as an inevitable after-effect of the global financial crisis. Studies show that the vote shares of extreme parties, particularly on the right, tend to increase in the years after a crisis. The Depression spawned some of the 20th century’s most dangerous and radical populist movements. But the facts do not fit that story precisely. In Europe, for example, populist parties have steadily won more voters since the 1980s. What is more, populist rage is rarely focused on finance. Trade and immigration are more prominent targets. The clearest recent manifestations of the populist surge—Mr Trump’s victory and Brexit—have only an indirect link to the financial crisis.

Rival theories blame populism on deep cultural insecurities prompted by demographic and social change. In a forthcoming paper Noam Gidron and Peter Hall reckon that right-wing political success is built on a decline in the subjective social status of white men. Both economic hardship and relative improvements in the perceived status of other groups, such as women and racial minorities, seem to contribute to male insecurity. Around 2010 American women without a college degree overtook similarly educated men when both self-assessed their place in the social hierarchy. Men’s perception of their relative status has also fallen in Europe. The paper links declining status to support for right-wing populism. Yet this too seems only a partial explanation. The recent rise in left-wing populism has been just as striking.

A third explanation is captured neatly in a new paper by Dani Rodrik of Harvard University, who reckons that globalisation’s role cannot be ignored. He suggests that populism may become more attractive as global integration matures. Cutting tariffs by that extra little bit yields much smaller increases in GDP than previous reductions and delivers less perceptible consumer benefits; but such cuts continue to impose costs on vulnerable workers. Eventually this asymmetry produces a backlash.

The form it takes depends, however, on which sort of integration is the greatest local irritant. Frustration with trade and financial integration often breeds left-wing populism, which feeds off class divisions in society; Latin American populism tends to fall into this category. When immigration is seen as the source of disruption, right-wing populism, which exploits ethnic or religious divisions, is more common. In Europe, for example, populists have been far more hostile to the free movement of people than to open trade. But faced with both sorts of integration Europe has produced examples of each and America has sprouted competing left-wing and right-wing populist leaders.

These hypotheses are plausible (and compatible). But they are still incomplete. The rejection of established elites is perhaps the defining characteristic of a populist movement, yet what is not always clear is why mainstream parties should be so unresponsive in the face of discord. In another new paper, Luigi Guiso, Helios Herrera, Massimo Morelli and Tommaso Sonno provide a clever framework for answering that critical question. Establishment parties, they suggest, cannot respond to supporters’ concerns because of their respect for institutional constraints, like the rules of the European Union, or because of an unwillingness to break norms like repaying sovereign debt.

But keeping faith with institutions can mean letting down voters. When elected leaders fail to deliver hoped-for improvements, the public disengages. Depressed turnout is an opportunity for political entrepreneurs. Almost invariably, the authors argue, populists promise to relieve the stresses caused by institutional constraints. But the genre of populism depends on how turnout varies in some groups compared with others. If right-wing voters (such as older men) are less prone to sit out elections, then a populist candidate is more likely to be right-wing. Populist policies vary as a result: a left-wing firebrand might attack the budget strictures imposed by European institutions, whereas a right-winger might focus on ending free movement of labour.

If there is anything that unites the policies of Mr Trump with Brexit and the beliefs of European populists, it is a promise to break free of constraints. But a populist upswing propelled by unhappiness with established institutions raises an awkward question: if these institutions are worthwhile, why are people so frustrated by them? The authors argue that populists highlight the short-run advantages of wrecking institutions while downplaying the long-run consequences. That certainly describes the spendthrift recklessness of Hugo Chávez in Venezuela. To some degree, “populism” is another word for heterodoxies that seem doomed to fail.

Politicians are shackled by all manner of things—from international institutions and the whims of capital markets to ideological commitments to particular theories of economic growth. Such constraints are not always sensible—think of the unforgiving fetters of the gold standard, for example. But they are often valuable and working out which do more harm than good is rarely easy. Unhappy voters put all of them at risk, however. And if politicians cannot satisfy disenchanted citizens while operating within established limits, then institution-smashing populists will soon be on the march again.

Source: economist
The power of populists