The link between poor harvests and violence 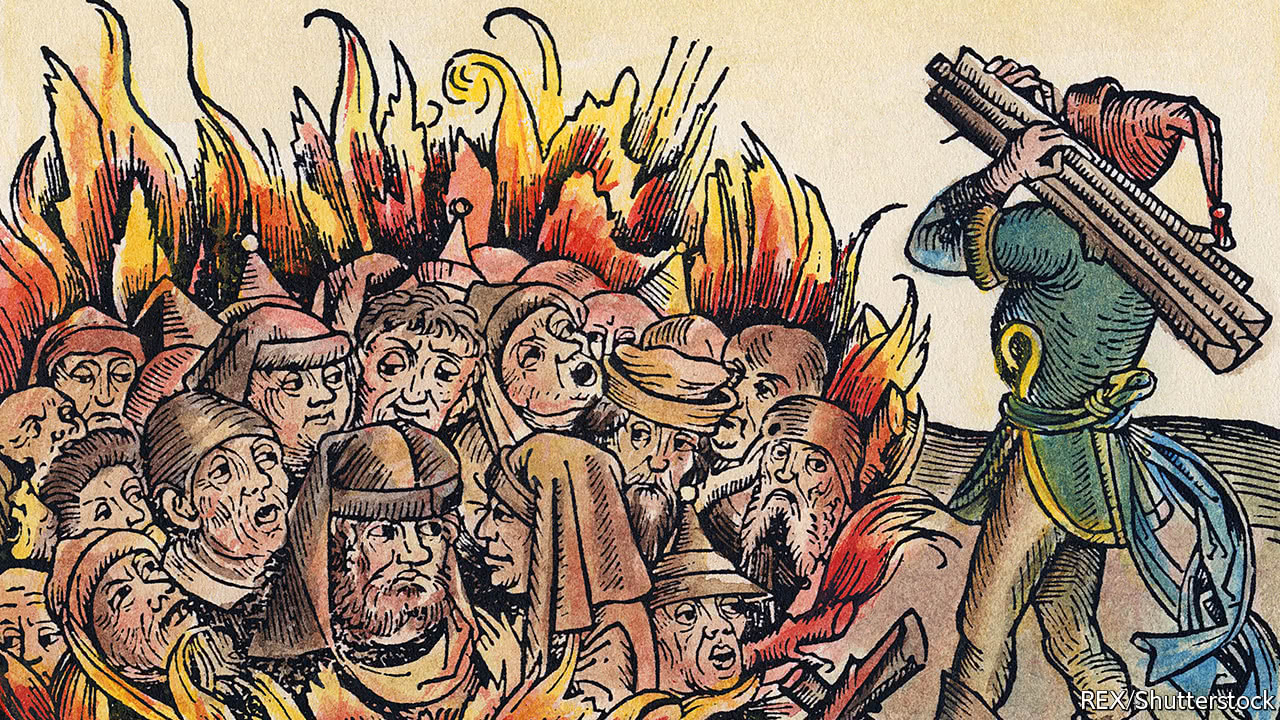 LAST year over 102,000 people died in nearly 50 armed conflicts across the world, according to the Peace Research Institute Oslo, a think-tank. Much of this violence is caused by tensions between ethnic groups—two-thirds of civil wars have been fought along ethnic lines since 1946. Yet historians differ over whether cultural differences or economic pressures best explain how tensions explode into violence.

A new study* by Robert Warren Anderson, Noel Johnson and Mark Koyama suggests that, historically, economic shocks were more strongly associated with outbreaks of violence directed against Jews than scholars had previously thought. The authors collected data for 1,366 anti-Semitic events involving forced emigration or murderous pogroms in 936 European cities between 1100 and 1800. This was then compared with historical temperature data from a variety of sources, including tree rings, Arctic ice cores and contemporary descriptions of the weather.

Cold spells hit medieval agriculture hard: a one-degree Celsius fall in temperatures reduced the growing season by up to four weeks. Lower yields caused widespread economic pain: up to 57% of people relied on farming for work in medieval England, for instance. The authors find that a fall in average temperatures of only a third of a degree increased the probability of a pogrom or expulsion by 50% over the next five years. They argue that violence against Jews was not simply caused by religiously-motivated anti-Semitism: “The Jews were convenient scapegoats for social and economic ills.”

The authors find that economic shocks had greater effects where soils were less suited to farming or where governments were weaker, and so less able to stop violence. A fall in anti-Semitic attacks in the 17th and 18th centuries was due to the emergence of strong nation-states able to smooth out economic bumps and protect minorities during periods of strain, the paper concludes.

Echoes of these patterns are discernible today. Many economists have linked the weather—particularly droughts and heatwaves in agricultural economies—to outbreaks of intercommunal violence in developing countries. Another paper** published last year, by Carl-Friedrich Schleussner and his colleagues, found that between 1980 and 2010 23% of civil wars coincided with climate-related disasters in countries with deep ethnic divides. Global warming may worsen this problem further. The lesson of history is that better political institutions can help soothe tensions. But these institutions take decades to develop. A quicker solution—insurance that pays out in years of bad weather—may not just be a boon for farmers, but for the world’s ethnic minorities, too.

Source: economist
The link between poor harvests and violence