A judge rules on the case of the &quot;incredible shrinking airline seat&quot; 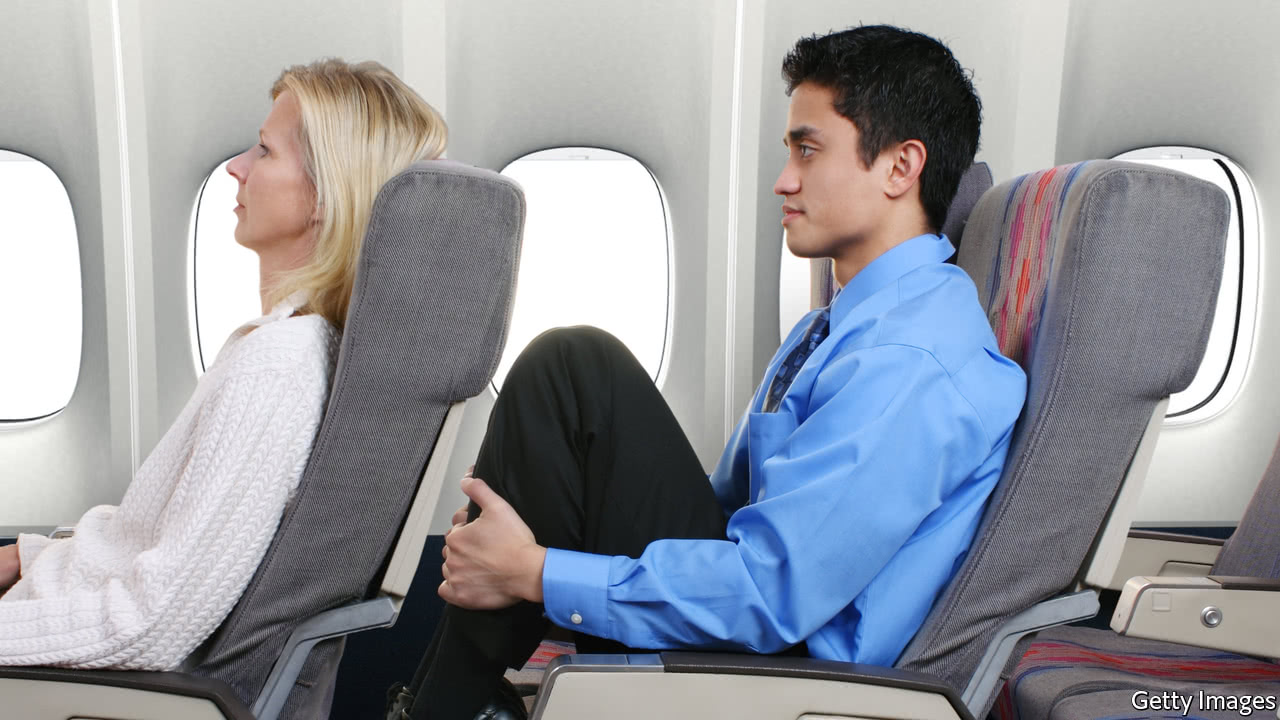 THE airlines are not doing it. Congress could not either. Nor could a petition with tens of thousands of signatures. The Federal Aviation Administration declined to do it, too. But now, a federal judge may finally do what the others failed to, or would not: stop seat rows on aeroplanes inching closer and closer together.

“This is the case of the incredible shrinking airline seat,” began Judge Patricia Millett of the Circuit Court of Appeals for the District of Columbia, in her strongly worded ruling, handed down on July 28th. The case began nearly two years ago, when FlyersRights.org, a non-profit passenger advocacy group, circulated a petition demanding regulation of the distance between rows of plane seats, known as seat pitch. Average seat pitch in America, the petition noted, had declined from 35 to 31 inches in the past few decades. (American Airlines planned earlier this year to space some rows just 29 inches apart on new planes, before agreeing under pressure to add an extra inch.) The petition asked the FAA to mandate a minimum seat pitch in order to prevent health issues such as blood clots and to help speedy evacuations.

The FAA declined. But now Ms Millett and two fellow judges have ruled that its response was inadequate. “The Administration denied the petition, asserting that seat spacing did not affect the safety or speed of passenger evacuations,” she wrote. “To support that conclusion, the Administration pointed to (at best) off-point studies and undisclosed tests using unknown parameters. That type of vaporous record will not do.”

Federal regulations require that large aircrafts be capable of evacuation within 90 seconds and that tests take place to ensure compliance. Instead, Judge Millett wrote, the FAA relied on outdated studies from a time when seats were more spacious and Americans were smaller. It also implied in its argument that seat width and pitch are irrelevant to egress speed. “As a matter of basic physics,” she countered, “at some point seat and passenger dimensions would become so squeezed as to impede the ability of passengers to extricate themselves from their seats and get over to an aisle.”

The issue was sent back to the FAA for further review. If the agency decides once again to deny the petition’s request, it must provide more adequate justification for doing so.

The court stopped short of mandating a minimum seat pitch, as FlyersRights.org wanted. It also rejected the group’s claims about health concerns. Still, it is as solid a victory as the campaign for a legroom mandate has had in recent years. Hope seemed to emerge last year when Congress took up a measure to establish a minimum seat pitch, but it did not make it out of committee. (The airline industry is a powerful lobbying force, particularly on the transportation committee that considered the measure.) The latest ruling certainly doesn’t imply that a seat pitch mandate is on the way; an FAA spokesman told Reuters that the agency is “studying the ruling carefully and any potential actions we may take to address the court’s findings.” But as a FlyersRights.org spokeswoman told Fox Business, “The path to larger seats has suddenly become a bit wider.”

Source: economist
A judge rules on the case of the &quot;incredible shrinking airline seat&quot;