How do you solve a problem like Korea? Investors are unsure 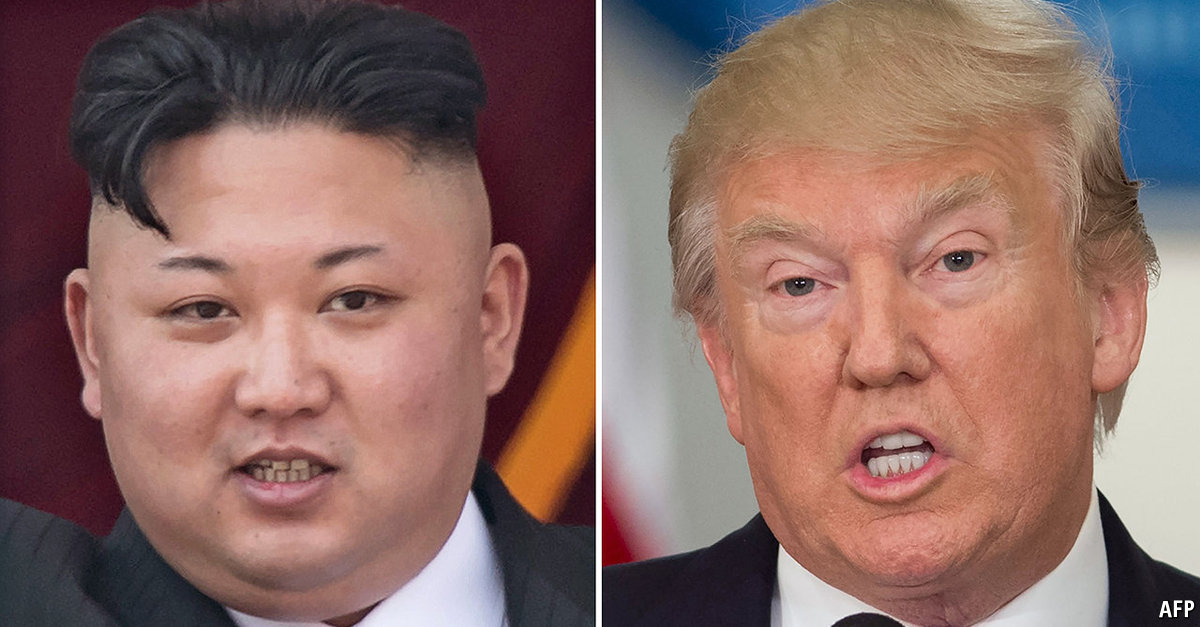 EUROPEAN markets have started the day with losses of 1% or so, following a 2% decline in Hong Kong’s Hang Seng index and the 1% loss in the S&P 500 index on Thursday. The Vix, a much used measure of market fear, jumped to 16, its highest level since the Presidential election.

These are significant moves by the standards of recent months but, to anyone who lived through 2008 (or 1987) they are hardly signs of outright panic. Gold is at $1,288 an ounce, up “5 or so over the week. The Japanese stockmarket was barely changed today, and Japan is right in the firing line of North Korea’s missiles. South Korea would suffer terribly in any war but the Seoul market was down just 1.7% today, and 3.2% on the week.

Clearly, the markets are more worried than they were on August 9th, when President Trump warned of “fire and fury” against Kim Jong-Un’s regime. Investoirs didn’t take too seriously the statement from the President, who is known for his intemperate (and often factually inaccurate) tweets. But the rhetroic has deteriorated since then, with North Korea threatening to fire missiles close to Guam, a US territory and naval base, and Mr Trump doubling down on his comments on Thursday.

War in Korea might lead to millions of deaths and would create an immense challenge to the relationship between the US and China, North Korea’s only ally. Aside from the humanitarian cost, the potential disruption to the global economy would be large. So why aren’t investors showing even greater concern?

Simon Derrick at BNY Mellon sums up the attitude well

The most compelling argument as to why markets have become so indifferent to geopolitics is that, broadly speaking, this has proved to be a winning strategy since 2003.

Memories of the market impact of the Gulf War between August 1990 and February 1991 meant that when the invasion of Iraq began in March of 2003 investors spent a good deal of time was spent considering possible outcomes. However, to a large degree, this proved a waste of time with the VIX falling steadily from the moment of the invasion onwards while US equity indices entered a bull market that would effectively last until the summer of 2007. In the event the only thing that appeared to matter was the fact that the FOMC was continuing to ease monetary policy.

Given the extraordinary levels of monetary policy easing by all major central banks seen since them and that no geopolitical event has led to an outcome that was perceived as being a direct threat to mainstream markets, it makes sense that investors collectively have learnt to ignore these risks. However, at last year proved, it takes just one or two events occurring that show the perceived wisdom to be wrong for a profound shift in investor behaviour to emerge.

Another argument is that the consequences of war, particularly if it goes nuclear, are so horrific that we will have other things to worry about. Here is Rabobank

We would suggest that the small size of the moves (on a historic basis) is reflective of the extreme difficulty the market faces in pricing in the ramifications of a nuclear confrontation.

In essence, the problem is this. President Trump’s comments about North Korea promised “fire and fury” if the country kept threatening the US. Firing missiles close to Guam, which the North Koreans have promised to do, is a definite threat. So does that count as a casus belli? Missiles have fallen into the sea near Japan in the recent past without provoking war. Mr Trump might not want to back down from his rhetoric. On the other hand, he could be playing “bad cop” to the more measured “good cop” statements of Rex Tillerson, secretary of state, and General Mattis, secretary of defence – with the aim of forcing China to take more decisive action against Kim Jong Un. Then again, perhaps the difference in rhetoric reflects a lack of coordination within the Trump administration, something that has been seen on many issues.

President Trump has not followed through of many of his other promises, so most investors probably think this will be another example. And, for once, they will be relieved a US President didn’t keep his word.

Source: economist
How do you solve a problem like Korea? Investors are unsure