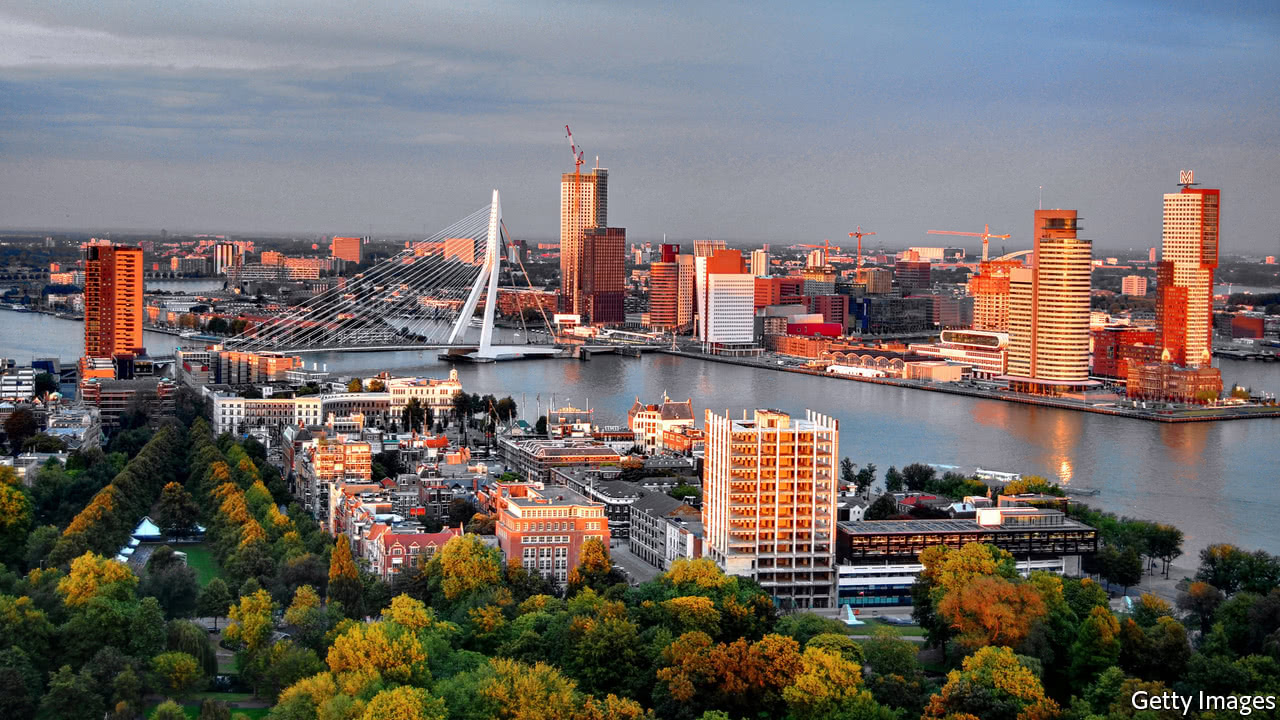 IN 1929 the Lever Brothers, a British soapmaker, merged with Margarine Unie, a Dutch margarine manufacturer, to form Unilever. The company has an annual turnover of over €50bn ($59bn), and a portfolio of brands that is recognisable worldwide, from its Flora spread to its Persil detergent. It has retained dual nationality for nearly 90 years, with holding companies and share listings in both Britain and the Netherlands.

Now Unilever says that for the sake of its business, it needs to pick a side. But it is hesitating. On November 28th, ahead of its annual investor meeting, the board provided an update on an ongoing review of its corporate structure. Unifying the company’s share structure, it said, would offer “strategic flexibility” and be in the best interests of both the company and its shareholders—but the announcement left unanswered whether the firm’s new headquarters would be in London or Rotterdam (pictured). Paul Polman, its Dutch chief executive, told the Financial Times that he was recommending that the decision be put on hold; until when is unclear.

A failed takeover bid earlier in the year by Kraft Heinz, an American giant backed by 3G Capital, an investment firm feared for its radical cost-cutting methods, prompted Unilever’s strategic review. It plans to cut costs and divest less profitable parts of the business, including its margarine brands. The dual structure, it accepts, adds an extra layer of complexity. Unification would make spin-offs easier to do; a single head office would also lower administrative costs.

But given its deep roots in both countries, the decision is bound to be controversial, even though the company is global, with four-fifths of its workforce based outside Europe. And putting off the decision is wise. It makes little sense for Unilever to stick its head above the parapet when Brexit negotiations are ongoing; a “no-deal” Brexit, for example, would surely push Unilever towards the Netherlands.

Unilever’s delay will also focus the attention of the two governments. The Dutch government is courting multinational companies such as Unilever, and also Shell, an oil major with a joint Anglo-Dutch history. One ruse is to cut corporate taxes to 21% (although that is still above the British rate, which is currently 19% and due to be lowered to 17% in 2020). The Dutch parliament is also debating a government proposal to scrap its 15% dividend withholding tax, another draw; Shell has already promised to scrap its dual share structure if the cut goes ahead.

Opponents say it amounts to a handout to multinationals and foreign investors, but Mark Rutte, the prime minister (and a former Unilever employee), is determined to try and lure large firms that might be looking for new homes because of Brexit. To claim the headquarters of one of the country’s largest companies would be a coup, following on the heels of Amsterdam winning the European Medicines Agency from London in November.

The British government, meanwhile, has been relatively reticent. Changes to the takeover code, proposed in September, to allow more time for companies to defend themselves from surprise bids, may have been a sop to Mr Polman, who argued at the time of the Kraft bid that defending companies needed more time to audit bidders’ claims. But the government, which has plenty on its plate with the Brexit talks, has otherwise said little about Unilever. Some attempt to butter it up, whether in public or in private, seems likely in the months ahead.