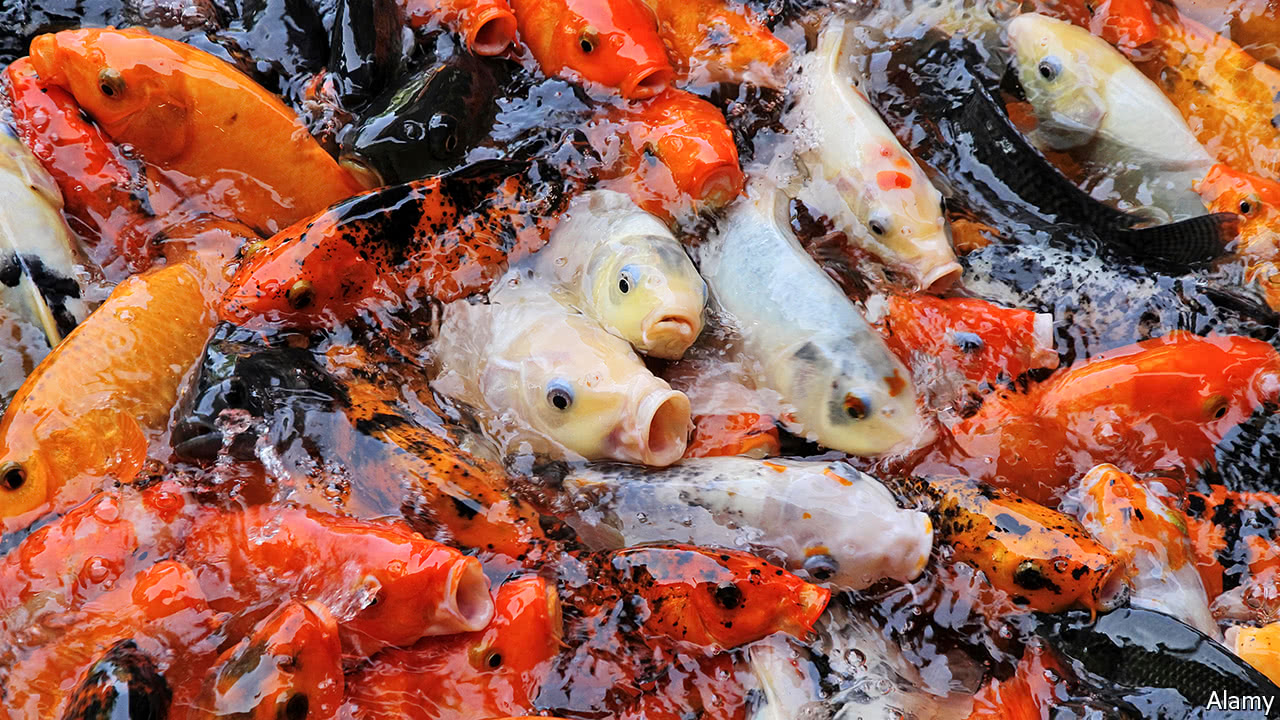 AS A boy, Antoine Hubert used to catch butterflies. These days, the agro-engineer has eyes only for meal worms. In a demonstration factory near Dole in eastern France, he shows how trayfuls of plump, half-grown worms are fed, left to grow in a darkened dormitory, and then—after two months—slaughtered and cleaned with a blast of steam. A machine divides the resulting mush into oil and protein powder.

Around 70% of a worm is protein, making it ideal for animal feed. Demand is soaring, notably at fish and shrimp farms. Mr Hubert predicts aquaculture businesses will need 70m tons of feed annually in ten years’ time, up from 40m now. The global market for animal feed, he reckons, is already worth €500bn ($610bn).

Ynsect, his firm, thus expects to grow once it opens a new factory this year. He dreams of annual output exceeding 1m tonnes, hinting at a hunger for scale often left unsatisfied in a French entrepreneur: local startups find it notoriously difficult to get beyond the pupa stage, partly because of a lack of capital. But Ynsect has so far raised a decent €22m, some of it from Bpifrance, a bank owned by the Caisse des Dépôts, a two-century-old investment arm of the state. Bpifrance was set up in 2013 to channel venture capital (VC) to startups.

The bank is “accelerating the startup ecosystem” in France, says Paul-François Fournier, its head of innovation. It invested in 1,500 startups in 2013, rising to 4,000 last year. Over lunch (beef, not worms), he outlines broader goals. Bpifrance already has €20bn invested directly in various small and large companies. The government of President Emmanuel Macron is to raise €10bn from privatisations, such as of airports in Paris. That will be deployed to finance more startups and train 4,000 existing firms in the better use of digital tools.

Bpifrance is also shifting how it invests in VC funds. As it tries to expand, it has stakes in roughly half of France’s 200 or so funds. On average it invests in funds managing €180m of capital, up from €80m in 2013. Mr Fournier says its role helps to explain why the VC industry is growing faster in France than elsewhere in Europe; a typical round of public financing of €10m is enough, he suggests, for firms to get heft without crossing the Atlantic to tap deeper capital markets. It remains tough, however, to raise bigger sums without going abroad.

Some argue it makes no sense for a government to place VC bets, directly or otherwise. Mr Fournier says it happens everywhere. VC funds in Britain raise lots of public money from the EU, via the European Investment Fund. Post-Brexit, more of that could flow to France. Massimo Colombo, an academic who studies government VC in Europe at the Polytechnic University of Milan, reckons government involvement can be beneficial, but admits that, when results are measured by jobs created or productivity boosted, the private sector is far better at deploying capital.

Studying 25,000 government VC investments in 28 countries, between 2000 and 2014, he and colleagues concluded that they worked only when they did not compete directly with the private sector. If Bpifrance is typical, the most successful investments, in terms of drawing in private money and boosting small businesses, are in science-oriented and manufacturing activities (not, say, e-commerce), and in startups in remote spots such as Ynsect’s base in Dole. About half its funds go out of Paris. If the insect business does grow fat, it will be an advertisement for incubation in more ways than one.