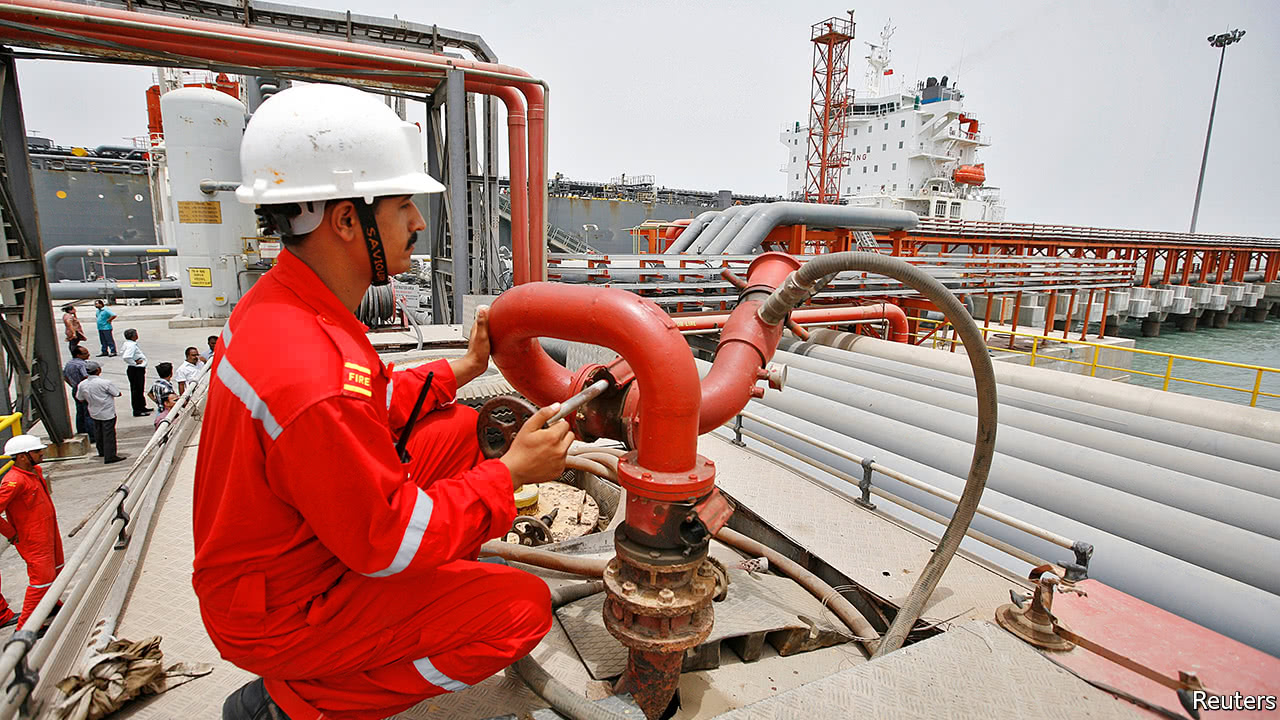 CONGLOMERATES sometimes sell their least promising units, thereby ginning up returns for the remaining empire. But groups saddled with huge debts do not have that luxury; only by disposing of the most profitable parts can they raise enough funds to satisfy creditors. Such is the story of the Essar Group, which is in the final stages of selling its crown jewel, India’s second-biggest private oil refinery, to a consortium led by Rosneft, a Russian oil titan. The slimming of what was once the country’s third-largest diversified corporate group is a welcome signal that an era of powerful industrialists running rings round their creditors is ending.

The purchase by Rosneft (along with a Russian investment fund and Trafigura, a trading firm) of the giant Vadinar refinery in the state of Gujarat for $12.9bn will be the largest-ever foreign investment in India. It has been a long time coming. It was first mooted over two years ago and jointly announced with fanfare in October by India’s Narendra Modi and Russia’s Vladimir Putin. The deal includes an Indian port and a network of coveted petrol stations.

Most analysts approve of Rosneft’s intiative as a way of diversifying away from upstream activities in Russia. But what is most telling is why the assets came up for sale in the first place. Essar, whose interests span power plants, steel, infrastructure and shipping, says that it saw a good opportunity to monetise an asset it has nurtured for years. It may have had little choice. An investment splurge starting in 2011 has left various Essar operating entities, along with a holding company based in the Cayman Islands, with a combined debt of around $20bn. Although the company does not disclose updated financials (it is privately held by the Mumbai-based Ruia family) few firms in its various industries make the sort of money it would need to pay down such a debt.

In the past, bosses at Indian state-run banks (which conduct over two-thirds of all lending) could easily be convinced to overlook trifles such as a debtor’s inability to repay loans. It takes over four years for an insolvency process to return a meagre 26 cents on the dollar to creditors, so bankers often preferred to behave as if even the most distressed company might somehow find a way of repaying a loan.

A bad-loan crisis followed. Around one in five loans made by state-owned banks are either set to default or have already done so. The central bank is pushing bankers to get tough on errant borrowers. In recent weeks it has threatened to push a dozen firms with huge debts into insolvency unless deals to refinance their debts could be reached quickly. One was Essar Steel.

Banks are still allowed to forgive a part of a company’s debt. But there is now pressure to show that shareholders pay a price, by having to forfeit large chunks of their equity to the banks. Advisers involved in the talks over Essar Steel say the group will have to give up over half its equity in the steel business to convince lenders to refinance loans. That is new: in past cases, parts of Essar have moved in and out of debt restructurings without the central group having to give up any stakes.

Part of the reason the Rosneft deal was held up for so long, insiders say, is that state-owned banks insisted that the Ruia family clear debts from other bits of the Essar empire first, including from the central holding company. They refused to agree to a sale until that was done (Essar repaid in part by taking out a bridge loan from Vneshtorgbank, a big Russian lender). That shows a savvy few thought state-owned bank executives possessed.

The cash from the sale to Rosneft will take away about half of Essar’s $20bn of debt but will also deprive it of its main source of profits. Essar’s pain in having to sell the oil refinery is the corporate system’s gain. Resolving festering bad loans, either by forcing asset sales or seizing ownership, is an essential part of restoring the health of Indian banking. Credit to Indian industry is currently shrinking for the first time in two decades. Resolving this mess can only help companies—including what will remain of Essar.