How airlines are squeezing more seats onto their planes 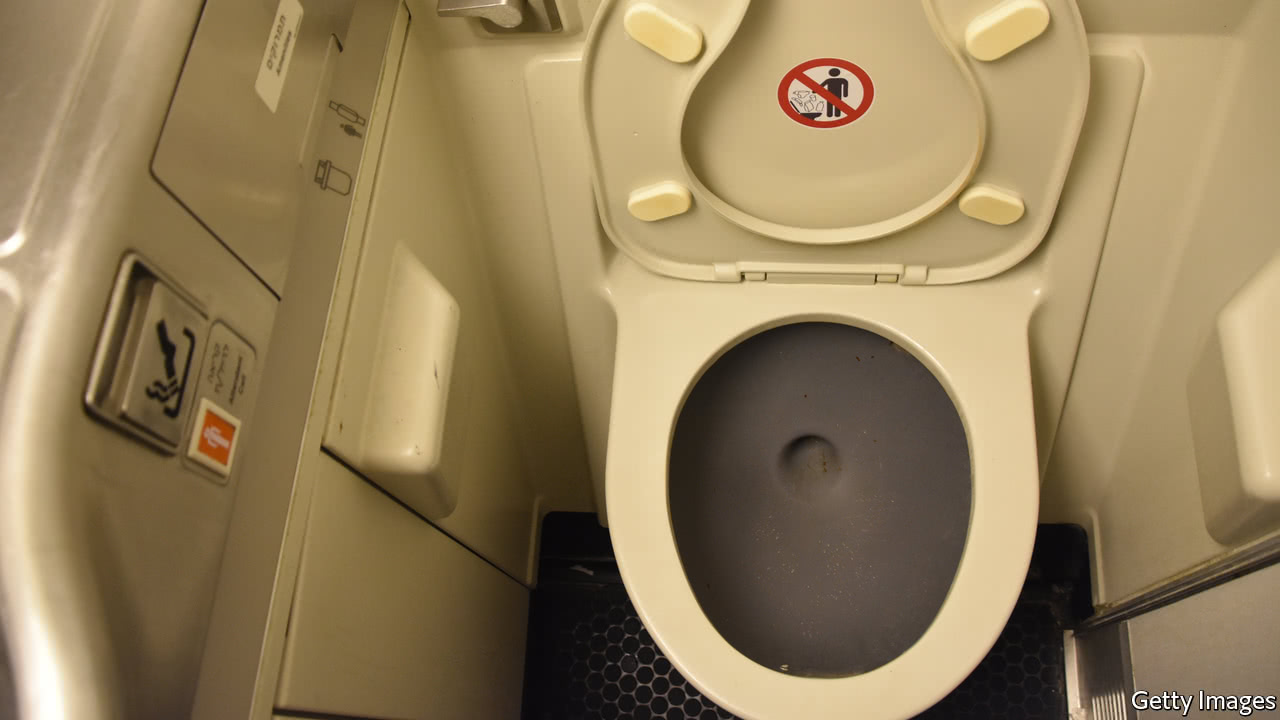 WHEN Gary Leff, a prominent travel blogger, took his first flight on one of the new “no legroom” planes operated by American Airlines, he found that the experience was not nearly as bad as he feared. American had drawn howls of protest from customers when it announced it was reducing the distance between rows of seats—“seat pitch”, in industry jargon—on its new Boeing 737 Max planes to 29 inches, compared with the 31-inch pitch on its existing 737-800s. So in June it capitulated, and settled on 30 inches. Mr Leff tried out these new seats last week and was pleasantly surprised to find that “the seats themselves are no worse than” in American’s current layout in economy. That may seem counterintuitive, but aircraft-interior designers had come to American’s rescue. New thinner seats have enabled airlines to cram in more rows without squishing their customers’ knees.

But airlines are not just trimming seat pitch in order to squeeze in extra seats. They are also shrinking and reconfiguring lavatories. And that is where they are running into problems.

American’s new 737 Max planes are among those with pared-down bathrooms. Mr Leff was alarmed at what he found. “I fit but my sides touch the wall and the sink while facing the toilet,” he reported. “I really don’t know how someone 250 pounds or more is going to fit, but perhaps more importantly how do you change a diaper in this thing?” He also complained that the sink is so tiny that it cannot hold the water in, instead splashing it everywhere. His conclusion was that:

the lavatories are a real problem and something out of a Saturday Night Live skit parodying the airlines. I hope you don’t have to pee while flying American. My advice: Hold it.

It is not just American. JetBlue, a low-cost competitor, squeezed in another 12 seats on its Airbus A321 aircraft by shrinking the size of its loos and moving them behind the food galley, side by side. It also had plans to do the same on its larger fleet of A320s. But problems quickly arose and the airline had to take aircraft out of commission for repairs. “Equipment quality hasn’t been up to standard and we’ve seen alignment issues in the installation,” JetBlue told Bloomberg, a news service. “These problems are leading to a high rate of inoperable parts and out-of-service lavatories.”

Toilets have long been a target for airlines to boost their bottom lines. In 2009 Michael O’Leary, the chief executive of Ryanair, now Europe’s largest airline, announced that it would charge passengers to use its on-board loos (although Mr O’Leary later admitted to Gulliver that this was a joke to gain publicity on the cheap). But it was more serious when it tried (and failed) to persuade Boeing to rip out two of the remaining three toilets on its 737 jets in favour of more seats.

There are some airlines still investing in upgrading their facilities. The toilets in economy class on Emirates’ A380 jets are larger than some of its rivals’ offerings in business class. The Gulf carrier also offers on-board showers to its first-class passengers on some flights. But it is the exception that proves the rule: as carriers try to cut costs and pack in more seats, they are increasingly seeing little reason to flush more money than necessary down the toilet.

Source: economist
How airlines are squeezing more seats onto their planes