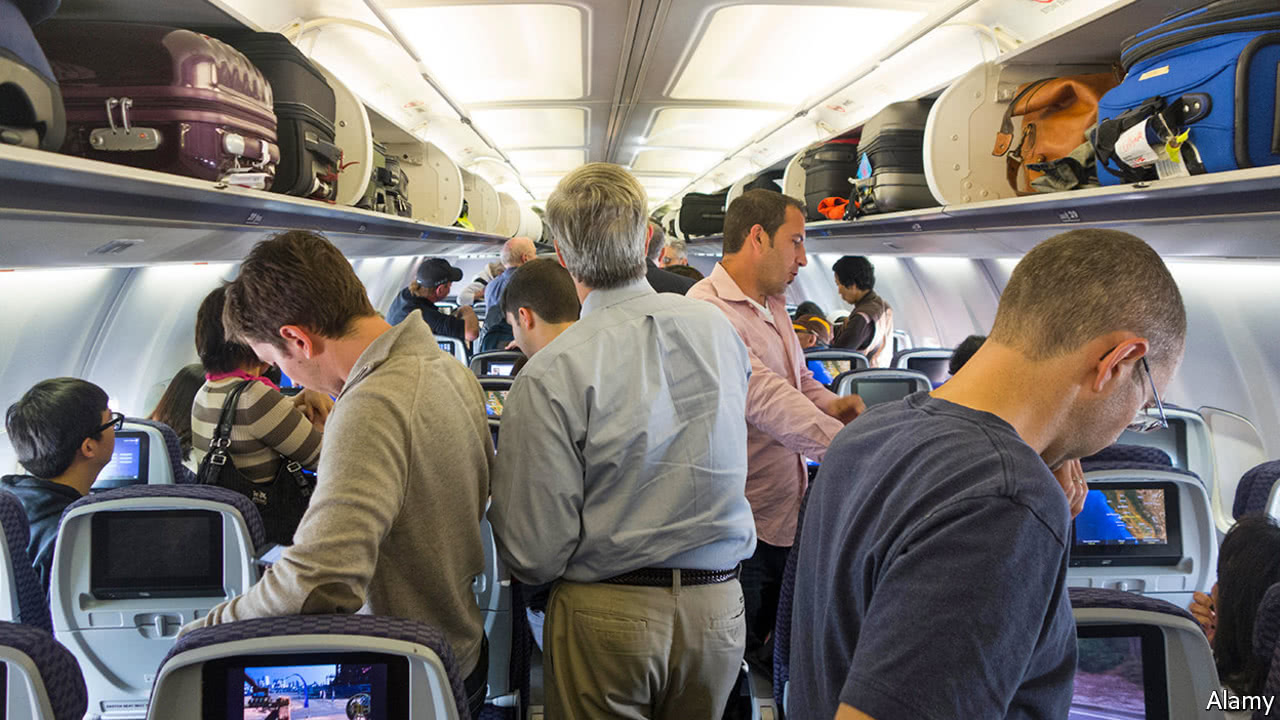 GULLIVER wrote last week about American Airlines handing indignant flyers a notable victory. The carrier rescinded a plan to take away an inch of legroom from economy-class seats on new planes, following a public outcry. Such concessions are rare. Airlines generally worry about how customers vote with their wallets not how they grumble with their words. Hence, they cut comforts to offer the low fares that people demand.

Anyone hoping that American Airlines’ climbdown might signal a reversal of that trend should think again. Earlier this year, United Airlines introduced a new class of fare, “basic economy”. Such tickets, which strip out those few remaining comforts that economy passengers enjoy, have been derided as “last class”. But, like it or not, cost-conscious passengers are showing their approval.

The airline expanded the programme to all domestic markets last month. Andrew Levy, United’s CFO, said last week that about 30-40% percent of economy-class passengers have chosen basic-economy fares since they were introduced. These fares tend to be $15 to $20 cheaper for a one-way flight than regular economy, but they come with significant drawbacks. Flyers cannot take a carry-on bag on board (just a personal item), select their seats in advance, or be eligible for certain upgrades. And the fares are not even lower than they were before. As the airline explained to Gulliver earlier this year, basic economy tickets cost the same as standard economy ones used to. It is the latter that have been made more expensive.

So there is good reason not to love last class. Yet flyers are choosing it in their hordes. It is an inspired move by United and the other big American carriers, many of which have adopted similar programmes. Passengers who fly basic economy are often confused or surprised by the restrictions and end up paying extra to carry on bags. Often those fees are larger than the difference between the fares for standard and basic economy. Those who fly standard economy are now paying more for the privilege.

The profits for United will be mighty. Delta, which was the first to introduce basic economy, earned an additional $20m from it in the first three months of 2016. And that was when it was available on only 8% of the airline’s routes.

For travellers, there is less to be excited about. On social media, some flyers have expressed confusion and frustration over the restrictions (although, to be fair to the airlines, they are hardly hidden). But one angry flyer might have inadvertently put it best when tweeting:

How many times does @United have to abuse me before I finally leave it? #BasicEconomy, with its no carry-on policy, is such a sleazy move.

The answer appears to be “many”.