Flyers may soon have their books and magazines screened 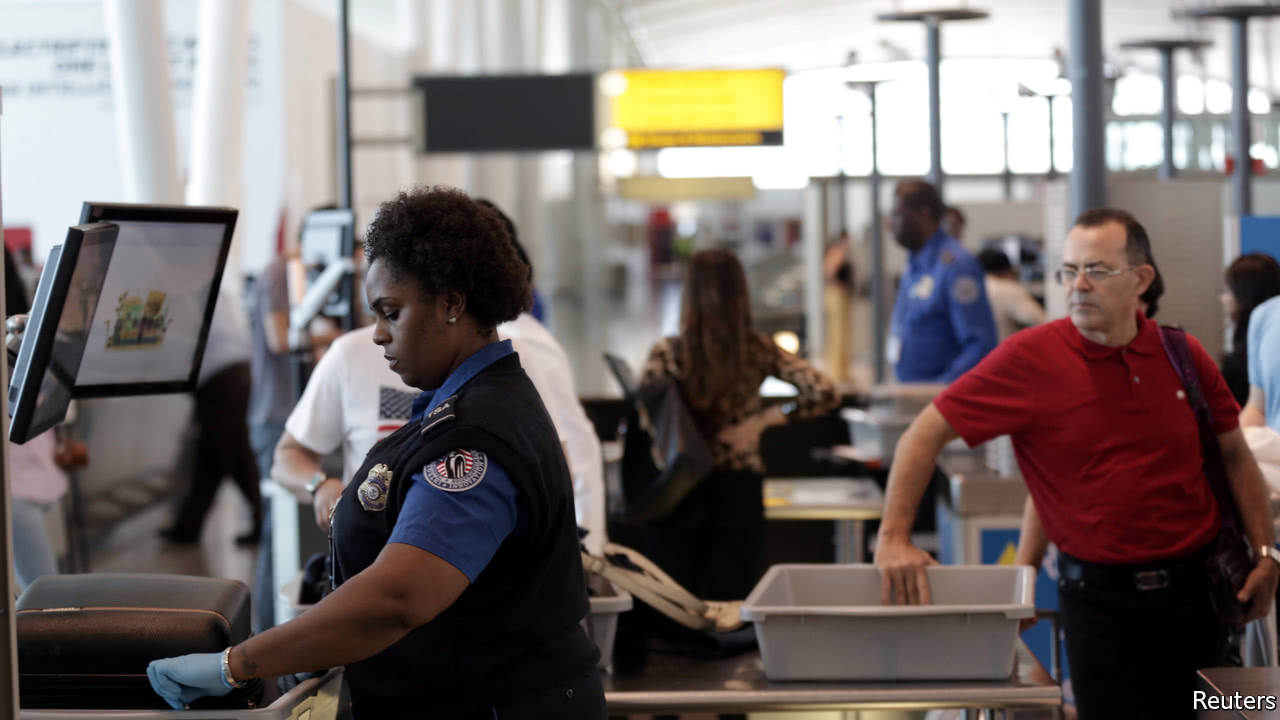 TO THE many invasions of privacy that have become commonplace in air travel—the pat-downs, the hand swabs, the shoe removal, the endless rummaging through luggage by security agents—one more may soon need to be added: the examination of reading material.

Last month, America’s Transportation Security Administration (TSA) ran tests at airports in California and Missouri that required passengers to remove all books and magazines from their carry-on bags and put them in plastic bins to be x-rayed. John Kelly, the homeland security secretary, said that the agency “might and likely will” impose that requirement at all airports. “What we’re doing now is working out the tactics, techniques, and procedures, if you will, in a few airports, to find out exactly how to do that with the least amount of inconvenience to the traveller,” he said.

The agency’s concern is that dense papers can block x-ray scanners, or could potentially be used to conceal weapons. A TSA spokeswoman told The Hill that the tests have now finished, but that is not enough to allay the concerns of the American Civil Liberties Union (ACLU), an advocacy group. The organisation is sounding the alarm over what it fears could become an invasion of privacy or even a tool for discrimination.

“There is a long history of special legal protection for the privacy of one’s reading habits in the United States,” writes Jay Stanley of the ACLU, “not only through numerous Supreme Court and other court decisions, but also through state laws that criminalise the violation of public library reading privacy or require a warrant to obtain book sales, rental, or lending records.”

One concern is that people will be forced to reveal traumatic secrets or embarrassing peccadilloes. “A person who is reading a book entitled ‘Overcoming Sexual Abuse’ or ‘Overcoming Sexual Dysfunction’ is not likely to want to plop that volume down on the conveyor belt for all to see,” Mr Stanley writes. “Even someone reading a best-seller like ‘50 Shades of Grey’ or a mild self-help book with a title such as ‘What Should I Do With My Life?’ might be shy about exposing his or her reading habits.”

But the bigger worry is discrimination. Passengers carrying the Koran, or perhaps any Arabic title, could be singled out for additional screening. In 2010, the ACLU filed a lawsuit on behalf of a student, Nicolas George, who was on his way back to college when he was detained at Philadelphia International Airport because, according to the organisation, he was carrying flashcards for his Arabic class and a book that criticised American foreign policy. Mr George was interrogated, handcuffed and locked in a cell for five hours. He eventually won his case. The ACLU also reports that a government database that tracks international travellers has included notes on controversial books they have carried.

The TSA, which has courted so much controversy in recent years, is unlikely to be going out of its way to court more for no good reason. The agency says that people are cramming more stuff into their carry-ons, and it blames the usual suspects: airlines. By jacking up fees for checked bags, carriers are encouraging people to fill their carry-ons to the brim so as to avoid taking a second piece of luggage. That is pushing the limits of the TSA’s scanners.

The TSA also cites the rise of thin, flat explosives, called sheet explosives, in justifying its concerns over books and magazines, since they can be hidden between pages. But even here, where there is a clear safety risk, the ACLU fears the potential repercussions. In 2008, Simon McCarty, a British man, travelled to Hawaii where screeners searched through his stack of photographs and found child pornography. A federal court ruled that the TSA did not have the right to look through his photos, but an appeals court reversed that decision in 2011 because of the need to check for sheet explosives. Mr McCarty was jailed for 30 years. However, the ACLU worries that the TSA could justify improper checks on the pretence of searching for an incendiary device. Flyers might then be arrested for transgressions well beyond the agency’s purview. As ever, the balance between civil liberties and the protection of others is difficult to find.

Source: economist
Flyers may soon have their books and magazines screened