The threat of a worldwide laptop ban recedes 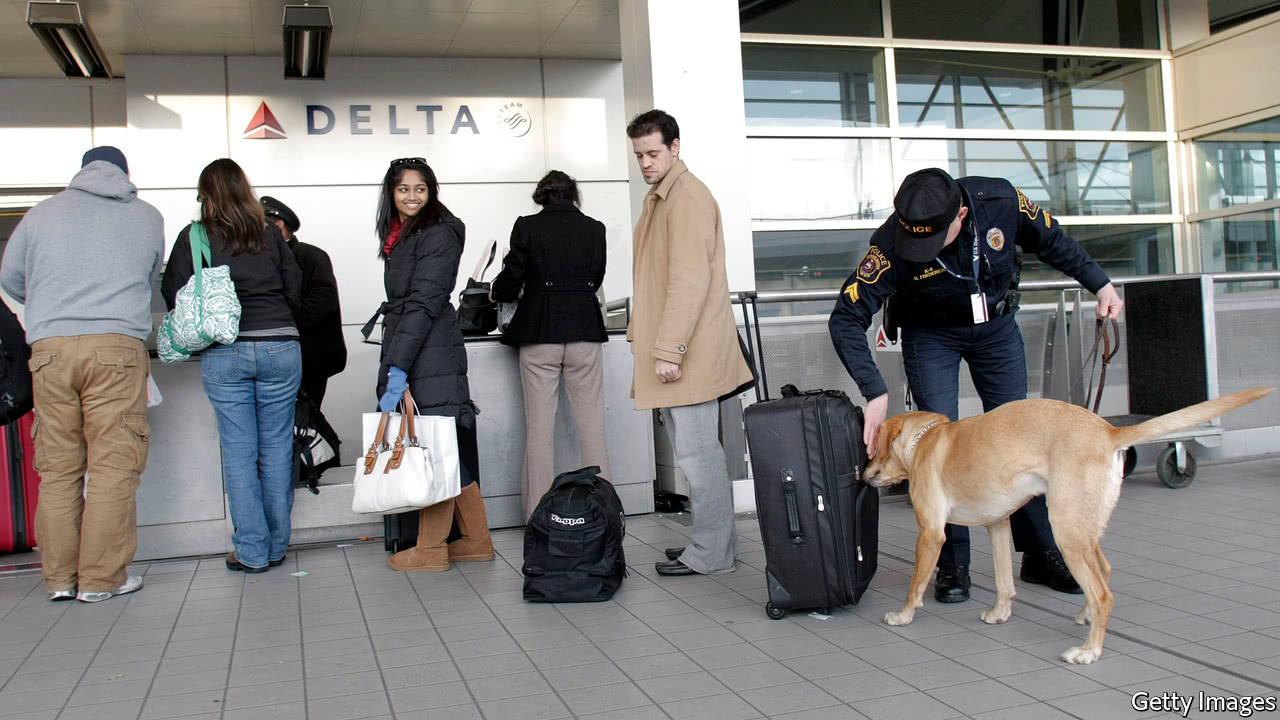 BUSINESS travellers, you can rest easy. Or, rather, you can forget about resting easy and continue to work through your flight. The anticipated expansion of a ban on laptops and other portable electronics devices in carry-on bags on flights to America is not coming to pass. Instead, you might be facing longer lines in airports around the world.

In March, citing security threats, the American and British governments banned electronic devices larger than cell phones in the cabins of flights from some Middle Eastern and North African countries. That wrought havoc on travellers and airlines alike. The Trump administration was considering introducing the restrictions worldwide. Indeed, John Kelly, the homeland security secretary, had said that an expansion of the laptop ban was “likely”. But on July 28th, his department announced that it was instead opting for tighter security measures at airports with flights to America.

About 325,000 flyers each day, on 2,000 flights from 280 airports in 105 countries, will face a more “extensive screening process”, said Mr Kelly. The new measures will be “both seen and unseen”, he explained, including tighter screening of electronic devices, more dogs trained to detect explosives, and a closer examination of potentially dangerous travellers. “It is time that we raise the global baseline of aviation security,”  Mr Kelly said. “We cannot play international whack-a-mole with each new threat.”

Carriers are not excited about the changes. Airlines for America, an industry association, expressed concern that the enhanced security would lead to even longer lines. “We believe that the development of the security directive should have been subject to a greater degree of collaboration and coordination to avoid the significant operational disruptions and unnecessarily frustrating consequences for the traveling public that appear likely to happen,” said the group’s CEO, Nicholas Calio.

Shareholders in the big American operators had a different take. Stocks for United, Delta and American rose between 1-2% on Wednesday. That can probably be put down to a sense of relief that these carriers would not be hit with the same laptop ban that has crippled Middle Eastern airlines, and in the process given the American international carriers a competitive advantage.

Enhanced screening for explosives will begin within three weeks. (Airlines will have 120 days to enact other newly required measures, such as tighter passenger vetting.) That should be just in time for the height of summer, airports’ busiest season. Still, most travellers would no doubt trade a bit of disruption for added security—and the chance to work on spreadsheets while in the air.

Source: economist
The threat of a worldwide laptop ban recedes