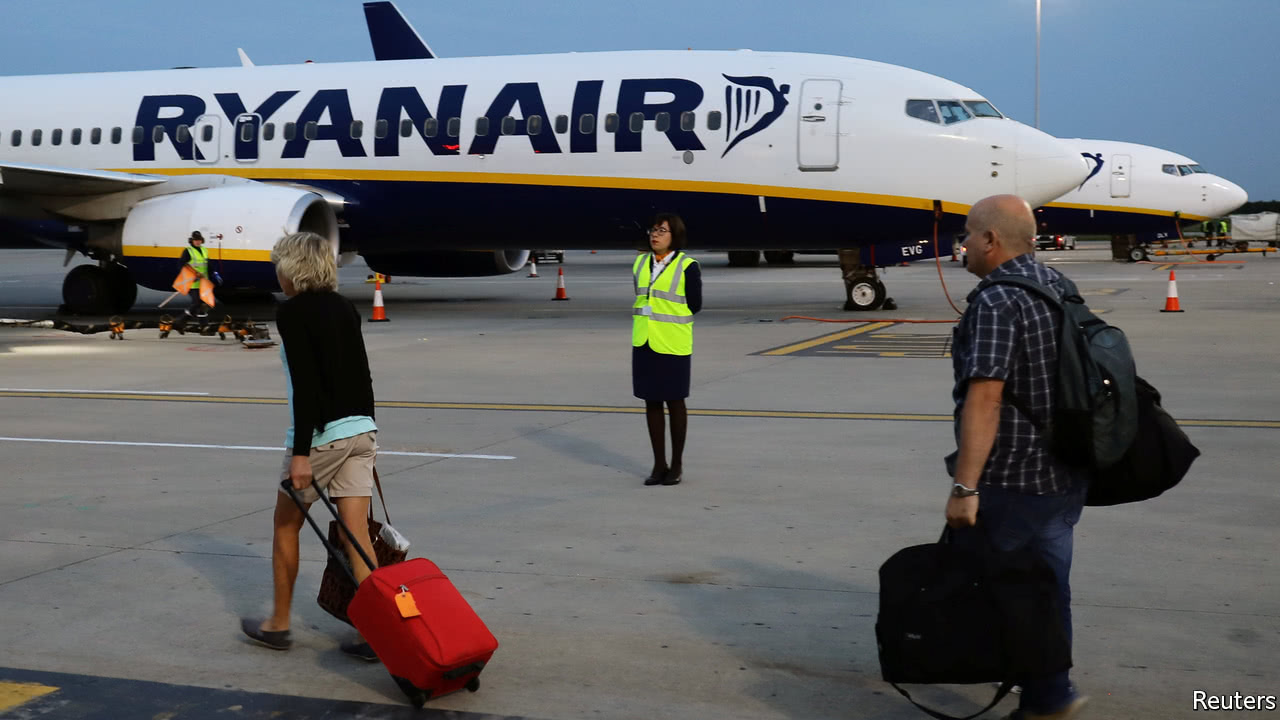 SOME strategies are too successful. When Ryanair convinced many of its pilots to take less vacation during peak-travel season, it probably thought it was being clever. However, pilots who ferry tourists to holiday destinations need vacations too. Poor planning and a bit of bad luck have left Ryanair with a shortage of working pilots for the autumn. This shortfall has forced the low-cost airline to cancel around 2,100 flights beginning on September 16th and continuing through October. The abrupt cancellation of last weekend’s flights and the short notice provided to customers has left many angry.

Ryanair’s woes were caused in part by a change in the way the airline determines employee leave. Previously, Ryanair staff took their vacations over an operational year from April to March. In 2016, under pressure from the Irish Aviation Authority, Ryanair adopted the calendar year instead. As part of the transition, it needed to allow its employees to take the entirety of their vacation time between April and December of this year. That left it with too few working pilots to cover peak times without cancelling some autumn flights. As a result, Ryanair will probably have to scrap around 50 flights every day until the end of October.

This has left customers annoyed and Ryanair with a public-relations problem. Some early flights were cancelled with little notice. And Ryanair was slow to release a detailed schedule of cancellations. Until it did so on Monday, passengers who had booked flights during the affected period were unsure if they would have to change their travel plans.

Michael O’Leary, Ryanair’s occasionally abrasive boss, said in a press release on Monday that the cancellations were a “mess of our own making”. Ryanair has tried to resolve the situation by finding customers other flights and by providing them with EU-mandated compensation. The Financial Times reports that the airline is likely to incur expenses of €20m ($24m) and will forego €5m in lost profits.

Ryanair claims to have no overall shortage of pilots and it says similar cancellations will not occur next year. This has not prevented speculation that the company may have deeper problems. Norwegian Air, another low-cost airline, now claims to have poached over 140 pilots away from Ryanair. Ryanair itself has begun to offer signing-on bonuses to attract qualified crewmembers. If this new plan works as well as Ryanair’s vacation strategy, expect it soon to have too many pilots.