“The slowdown in growth is not thesis changing, but does require a re-evaluation of value and consideration of the stock’s year to date appreciation from $200 per share,” Deutsche Bank said in a note to investors. “Our long-term outlook for Netflix’s business has not changed all that much.”

Netflix stock is down nearly 13 percent in premarket at $349 per share. The company’s stock had risen more than 108 percent this year, at $400.48 per share at the close of trading Monday. 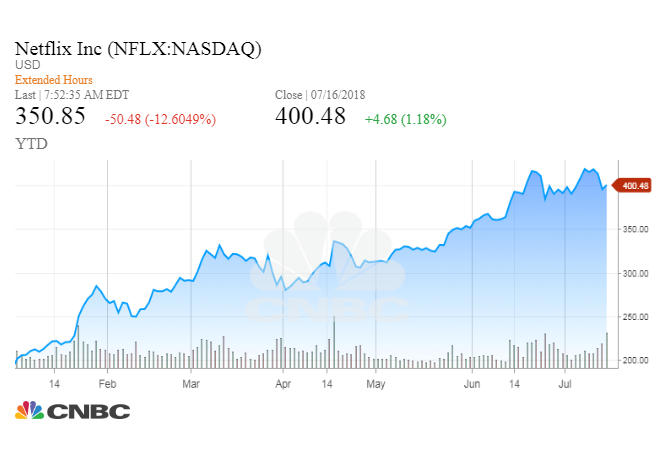 Deutsche Bank lowered its price target on the company’s shares to $350, from $360.

“Despite continuing to like the story, we just don’t see much upside over the next 12 months at this valuation level,” the firm said, before adding that it still thinks Netflix “stock can double by 2025, to $700” per share.

Some on Wall Street worried before the earnings that the company could not sustain this year’s breakneck pace of share growth. Deutsche Bank noted the plunge in Netflix shares on Monday evening but stopped short of joining those cautioning against the future of the stock.

“While the sell-off in after market trading post earnings was significant, it is worth noting that the stock is only back to where it was in late May,” Deutsche Bank added.