The one chart that explains Netflix’s stunning comeback

It could have been so much worse. At session lows on Tuesday, the stock was down 14 percent – if it had closed there, it would have been its worst day since August 2016.

That bulls rushed in to save Netflix from the session’s worst was a positive sign to Matt Maley, equity strategist at Miller Tabak.

“If you look at a chart of the stock, at the $340 level (actually just below it), that was the old highs,” Maley told CNBC’s “Trading Nation” on Tuesday. “It got right down to that level [on Tuesday] and it bounced strongly on very, very big volume.” 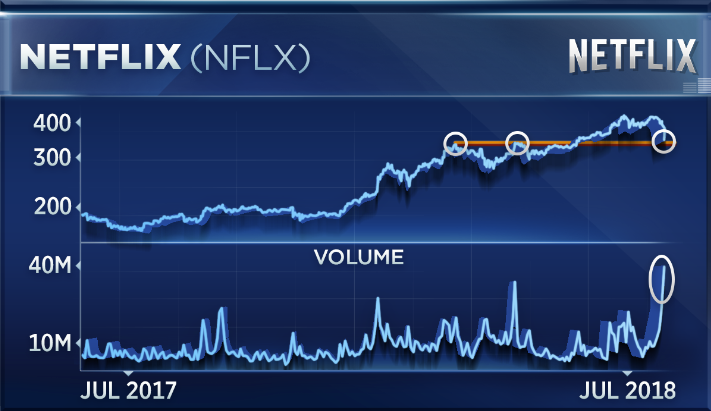 Netflix fell to as low as $344 on Tuesday before bouncing back above $380. Its $340 level was a level of resistance in March and April when the stock attempted to break higher. That old level of resistance is now its support, said Maley. The fact the stock was able to hold above that support is a bullish signal for Maley.

“Unless the stock really reverses in a major way in the next day or two this is going to be the kind of thing that should help the group hold up nicely,” he said.

Netflix’s comeback also takes the air out of the bear argument against the FANG names, adds Maley.

The QQQ ETF, which tracks 100 Nasdaq-listed stocks, is “making some nice higher highs and higher lows,” he said. “That’s always positive. The most recent one is a new higher high.” 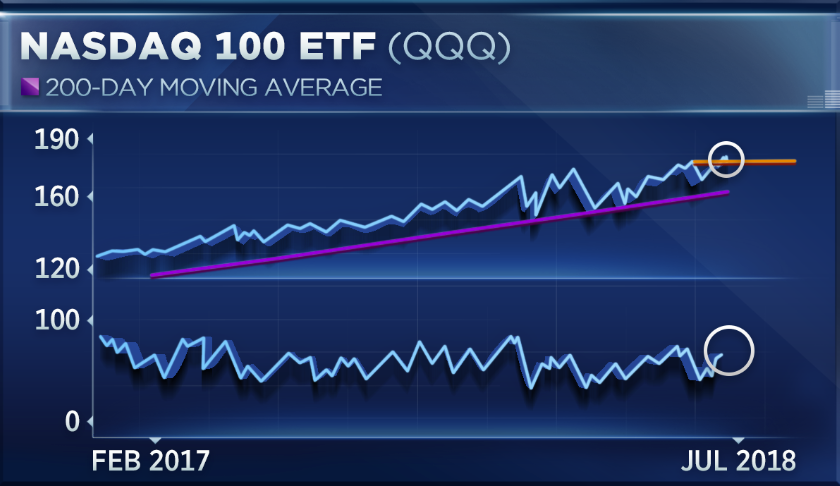 The QQQ ETF is up nearly 16 percent so far this year. Its largest holding, Apple, has risen 13 percent, while its second-largest, Amazon, has rocketed 58 percent higher.

Growth stocks such as Netflix should continue to hit higher highs if they can sustain earnings growth, but that could all change if a global expansion slows, said Chad Morganlander, portfolio manager at Washington Crossing Advisors.

“We actually are starting to shift to large-cap value because of the value dislocation between value and growth. We also think that there’s going to be a modicum of a deceleration of global growth,” Morganlander said on Tuesday’s “Trading Nation.”

Value stocks are names considered undervalued and “cheap” based on fundamentals, such as price-earnings ratios. Growth names, like the FANG stocks, are identified by higher earnings and sales growth relative to the rest of the market.