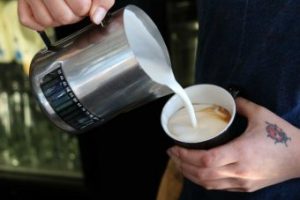 The consensus view is that around 15,000 jobs will have been added in September but unemployment will edge up slightly to 5.7 per cent.NAB’s David de Garis said it is likely to be a stronger gain of 30,000 jobs and unemployment remaining at 5.6 per cent.

That’s not because the economy has suddenly taken off, but due to the ABS policy of rotating its labour force sample.

“The outgoing portion of the sample has a much lower than average employment intensity than the sample as a whole,” Mr de Garis noted.

The NAB also publishes its influential quarterly business survey on Thursday, with interest centring any evidence that business investment and capital expenditure expectations have improved.

Overall conditions and confidence should remain above their long-term averages.

Tuesday is a busy day for Reserve Bank watchers who have the option of attending an early morning speech from governor Phillip Lowe and then spending the rest of the day mulling over the October board minutes.