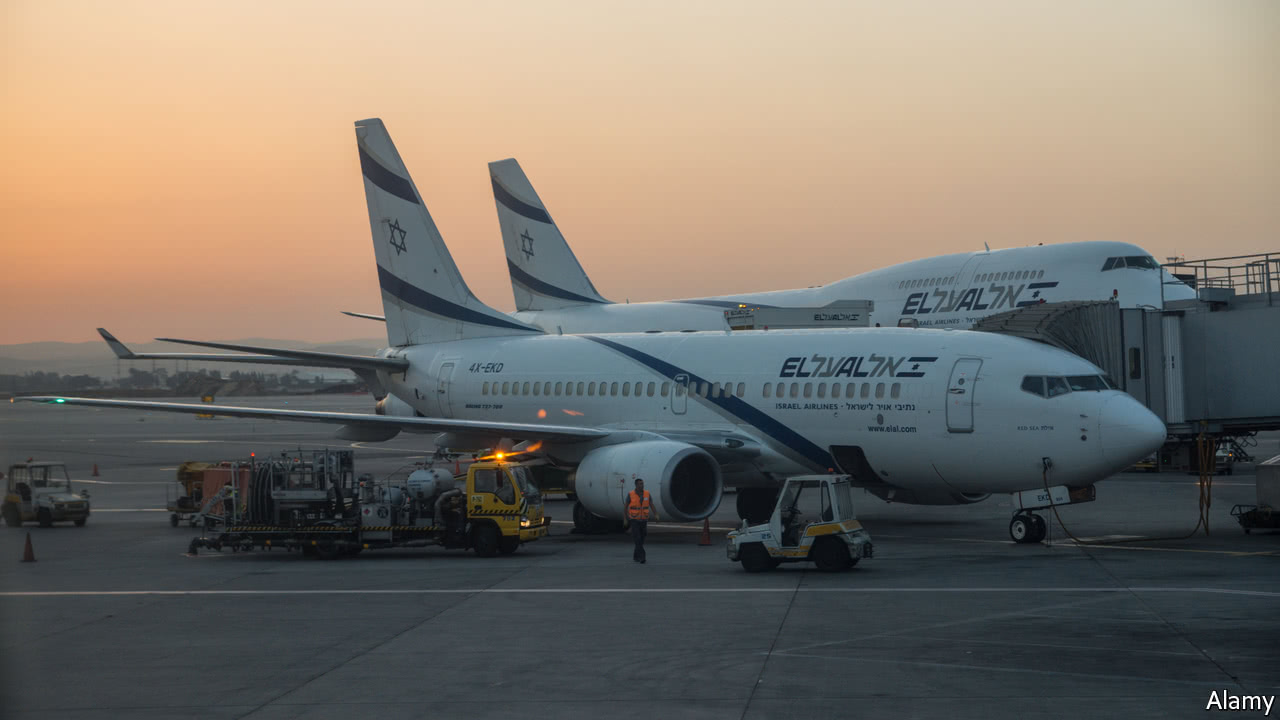 ONE of the more unsavoury airline practices has now been outlawed. In 2015 flight attendants on El Al, Israel’s national carrier, asked Renee Rabinowitz, an 81-year-old holocaust survivor, to move seats after she boarded her flight in New Jersey. An ultra-orthodox Jewish male passenger had objected to having to sit next to her. Haredim, it was explained, are forbidden from close contact with females who are not relatives.

Ms Rabinowitz is not alone. As this blog has reported on several occasions in recent years, haredi men flying El Al regularly refuse to take their seats next to female passengers. And El Al staff, if the men cannot be accommodated elsewhere on the plane, will sometimes ask the “offending” woman to vacate her seat.

At the time, Ms Rabinowitz told the Guardian that she was flying from Newark to Tel Aviv in business class, when a “Haredi-looking gentleman and came and sat down next to me”.

I said hello, and I guess I thought that was the end of it until next thing I knew the flight attendant was talking to him, and they were whispering. I didn’t pay too much attention but thought it was a little strange when the flight attendant said he had a better seat.

It wasn’t better so I asked why did he suggest moving me. Then I realised he’d done so because the man sitting next to me had requested that I move. I asked him what his problem was and I said I was 81. He started to tell me about about how the Torah prohibits it.

I was pretty upset but I also didn’t want to sit next to this man who didn’t want me to be there for 11 hours. The thought was not pleasant so I decided to move of my own accord.

Such issues are not El Al’s alone. Earlier this year 10 ultra-orthodox Jewish men refused to take their seats on an easyJet flight from Tel Aviv to London. The group blocked the aisles for 15 minutes before some women agreed to swap their places to placate them. Nonetheless it is true to say that, as the national airline of Israel, not only do such instances occur most frequently on El Al, but the carrier has a responsibility to set the tone for what is acceptable.

Following the incident, Ms Rabinowitz sued the carrier for discrimination. On June 22nd a court found in her favour, confirming that the practice of asking women to move seats on religious grounds is illegal. The court told El Al that it had 45 days to change its policies and communicate them to staff; El Al said it would comply.

Given the number of Haredim that fly with the carrier, some have suggested that El Al could simply reserve a few rows on each plane for their exclusive use. But segregating a plane along religious lines is hardly an acceptable solution for those of us who pine for harmony. Instead, we must hope that the ruling will embolden all airlines to take a stronger stance against such disruptive passengers. If cabin crew cannot legally request that women shift themselves to accommodate others’ religious beliefs, then there seems to be only two options open when flare-ups occur: either the men must take their seats for take-off, or be removed from the plane. (Or perhaps not book a single seat in the first place.)

For those worried about religious discrimination: intolerance cuts both ways. People have the right to live their lives in whichever way they see fit, just as long as it doesn’t infringe on others’ rights—the right for a woman to sit in the seat she has paid for without fear of harassment being one of them.