The involuntary bumping of flyers is likely to be outlawed 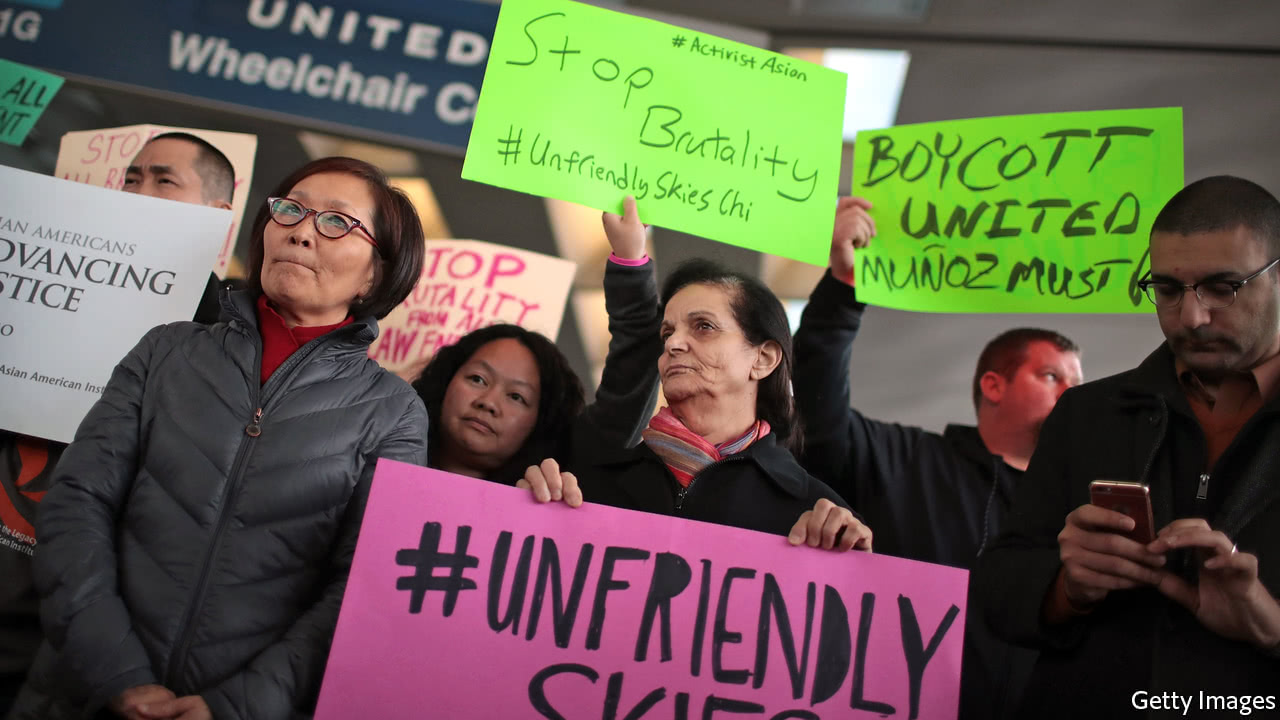 SOMETIMES an injustice can unite a divided nation. In America it seems that a United Airlines scandal, in which a paying passenger was dragged from an overbooked flight to make way for airline staff, was such a moment.

Congress is on the verge of passing bipartisan legislation in response to the incident. This virtually never happens. Bipartisan bills of any significance are a near-extinct species in this warming Washington climate, in which politicians have taken refuge at either pole. Indeed Republicans, who have the majority in both houses, are loath to impose new government regulations of any sort. But the United incident seems to have done what mass shootings, epidemic diseases and economic crises could not: unite lawmakers from both parties behind legislation to address the issue.

Last week, both the House and the Senate unveiled proposals that would ban airlines from bumping passengers without their consent. Unlike recent standalone bills targeting airlines that have gained little traction, these measures are included in bigger bills to reauthorise the Federal Aviation Administration—bills that must be passed in order for the country’s airports to remain operational. With support in both parties, the measures are likely to become law, The Hill reports.

The pair of bills would prevent airlines from removing passengers from flights against their will once they have boarded, except for safety or security reasons. The Senate bill would also trigger a federal review of all airlines’ overbooking policies and would require carriers to disclose their boarding and bumping procedures to travellers on their tickets or other documents.

If the legislation becomes law, it could benefit tens of thousands of flyers each year. Involuntary bumping is relatively uncommon, but the fate did befall more than 45,000 passengers in 2015. Still, the benefit might be marginal. In the aftermath of the dragging incident, United announced 10 policy changes, including an end to involuntary bumping. The practice has earned so much scorn that it was probably already on its way out. Symbolically, though, the legislation sends a message to the airlines that their PR campaigns did not work, and they will not be able to get away with practices that arouse such widespread ire.

Usually, the airlines fight hard to prevent any new regulations from being imposed on them. This time they have largely held their fire. Grumbling about shrinking legroom and growing baggage fees tends not to peruade them to change their ways, but the nightmarish publicity that came when the video of the United victim spread around the world seems to have cleared whatever bar is needed to get them to lay down their arms and allow a few new rules.

Source: economist
The involuntary bumping of flyers is likely to be outlawed