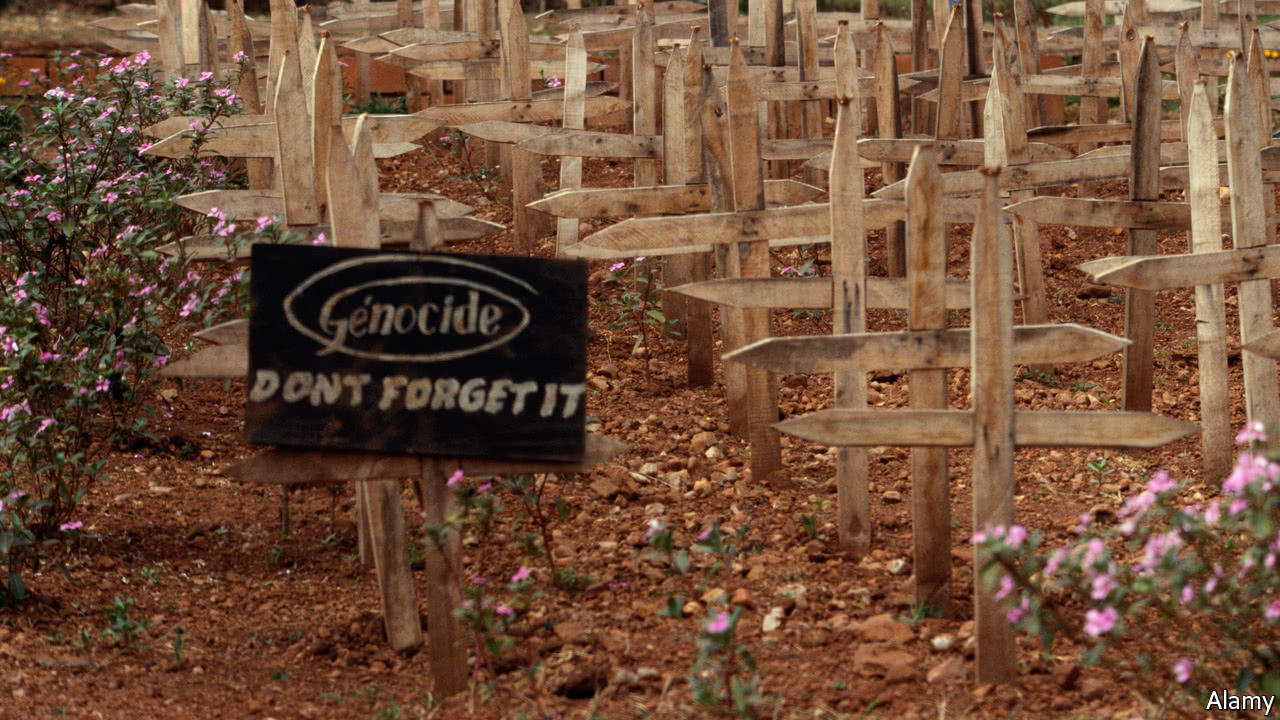 BNP PARIBAS, France’s biggest bank, pleaded guilty in America three years ago to assisting a monstrous regime in east Africa. In 2006, it had helped to finance Sudan’s government, which in turn supported militias that massacred tens of thousands of civilians in Darfur. The firm thereby abetted in genocide and circumvented American sanctions on Sudan. It agreed to pay a fine of $9bn for breaking that embargo, as well as ones on Cuba and Iran.

The bank, naturally, hopes to put that grim episode behind it. These days it makes much of its social-responsibility efforts. Its 2015 annual report, for example, trumpeted the financing of a big supermarket in Côte d’Ivoire as typical of its contribution to African development. On July 3rd it named a new head of compliance plus a new “company engagement department”, responsible, among other things, for setting strategy on human rights.

Yet the past is hard to banish. The bank now faces scrutiny over an even uglier episode. On June 29th three human-rights groups in France submitted a complaint to a judge, accusing BNP of war crimes and complicity in genocide in Rwanda, in 1994, when 800,000 people, mostly members of the Tutsi minority, were massacred. The groups say that they can prove BNP transferred funds to finance a weapons deal, breaking a UN arms embargo and equipping the killers. The bank has said only that it does not have enough information about the complaint.

The case is not frivolous. Indeed, its details have been aired for many years. Following the Rwandan genocide, various organisations—notably the UN, in a lengthy report to the Security Council in January 1998, introduced by Kofi Annan, then its secretary-general—said BNP in June 1994 had financed a deal for 80 tonnes of weapons, including AK-47 rifles, ammunition, hand-grenades and mortars, delivered to the Rwandan army. Two shipments were brokered by a South African gunrunner, Willem Ehlers, who got payments of $592,784 and $734,099 respectively. The source of the funds was listed as Banque Nationale de Paris (which later merged with Paribas). The bank this week refused to comment on its reaction to the 1998 report.

Such alleged crimes face no statutes of limitation. Marie-Laure Guislan of Sherpa, one of the groups that lodged the complaint, says she expects the case to move ahead, albeit slowly. In the meantime, she says, the groups will raise customers’ awareness “that banks can be involved in a very serious violation of human rights” and urge the “new government in France to be really vigilant”.

That suggests a broader reason for the activists’ legal efforts. They hope to draw attention to a new French law, passed in February, obliging companies with over 5,000 staff, including banks, to prove their “duty of care” in reducing the risk of human-rights violations. It comes into force next year, and the activists hope next to push for similar EU-level legislation. Rights campaigners also want France’s new government to open archives expected to reveal complicity between French officials—not only bankers—and the génocidaires.

BNP has little choice than to hunker down and hope the attention will pass. The financial threat this time around looks lower than in the case of Sudan, when America’s authorities withdrew the bank’s access to dollar clearing for some transactions for a year. But the spotlight may prove just as uncomfortable.