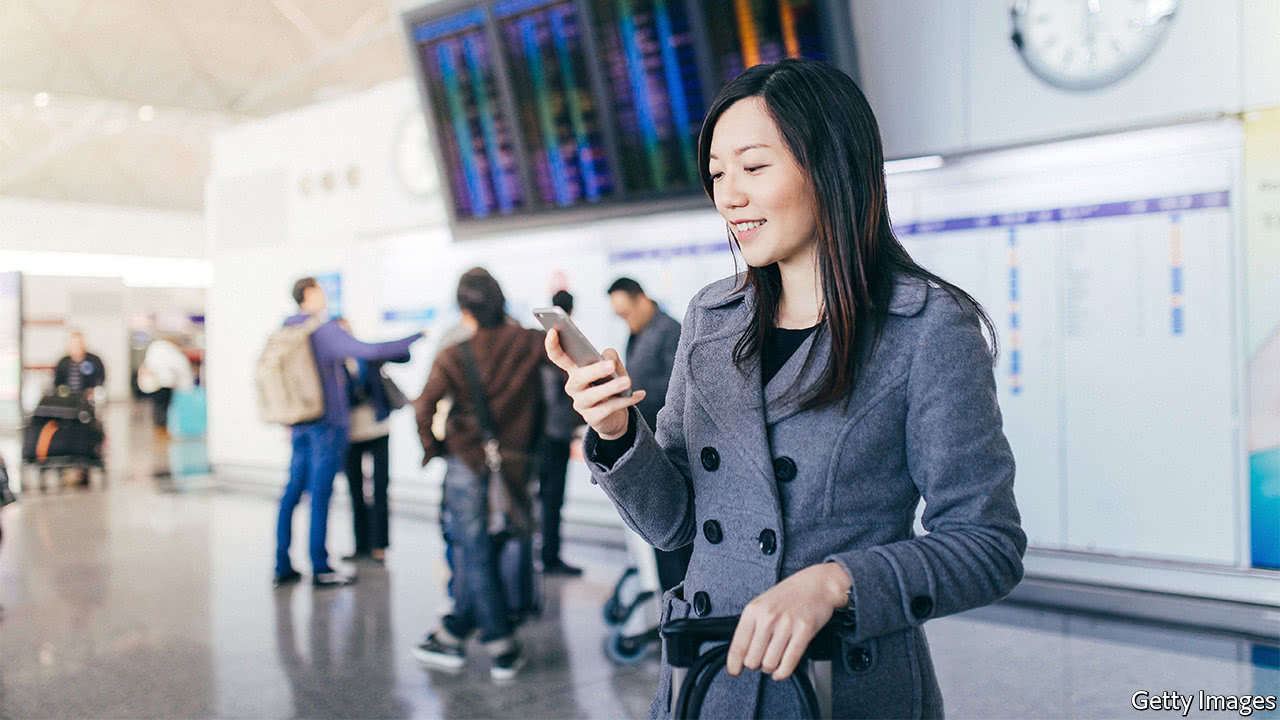 AS ANYONE who flies regularly for work can attest, business travellers are not constantly being doted upon. Flights are not all booked by a travel manager, nor are never-ending drinks being poured by dutiful attendants. Indeed, corporate travel might be becoming a more independent affair.

According to a recent survey, a growing number of business travellers would prefer to avoid interaction with people when on the road, at least until something goes wrong. The research by Egencia, Expedia’s business-travel arm, questioned nearly 5,000 business travellers in Europe, America and Australia. Half of them said they want to avoid human contact while travelling.

That is not because business travellers find their time on the road repugnant and want to bury themselves in their smartphones. According to the survey, 70% of business travellers prefer work trips to their regular time in the office. But technology is becoming increasingly important to these people for every element of their trips. Two-thirds want to be able to book and manage travel across all of their devices. Half want travel updates to arrive by text—a figure that rises to 63% among Americans, who consistently seek a larger role for technology than the other nationalities surveyed. And 43% (55% among Americans) are counting on artificial intelligence to improve their travel experience.

Why the transatlantic divide? Michael Gulmann, Egencia’s chief product officer, says he was surprised to discover that in Europe, “it’s still very common to have someone else—your executive assistant or office manager—book your travel and handle your travel for you.” In America, in contrast, most people expect to be in charge of their own travel arrangements. Technology makes that much more convenient.

One way that travellers stay on top of their trips is through in-flight wi-fi. It is important in other ways too. Forty-nine per cent of the travellers surveyed said that wi-fi increases their productivity, even though only 29% are reimbursed for it. Expect the quality of their work to shoot up in the coming years, then. A new report by the British firm Juniper Research predicts that the number of planes equipped with wi-fi around the world will more than double by 2022, meaning that more than half of the world’s planes will be equipped for wireless internet. Another excuse not to speak with fellow humans.

Source: economist
Many business travellers prefer not to interact with others when on trips