Hot housing stocks are cooling off, and there could be more trouble ahead

Suddenly, housing stocks have gone from hot to not.

The iShares U.S. Home Construction exchange-traded fund, the ITB, has fallen more than 1 percent in the last week after advancing more than 50 percent year to date. The ETF is still the best-performing U.S. industry group ETF this year, according to an analysis from Bespoke Investment Group.

The pending tax bill also provides an air of uncertainty regarding mortgage rates on a state-by-state basis, she added.

Looking at a chart of the ITB, Ross noted that a slight pullback after a strong run is to be expected. Zooming out and looking longer-term, he noted that the ITB has recently emerged from a four-year sideways trading range despite its recent lagging. 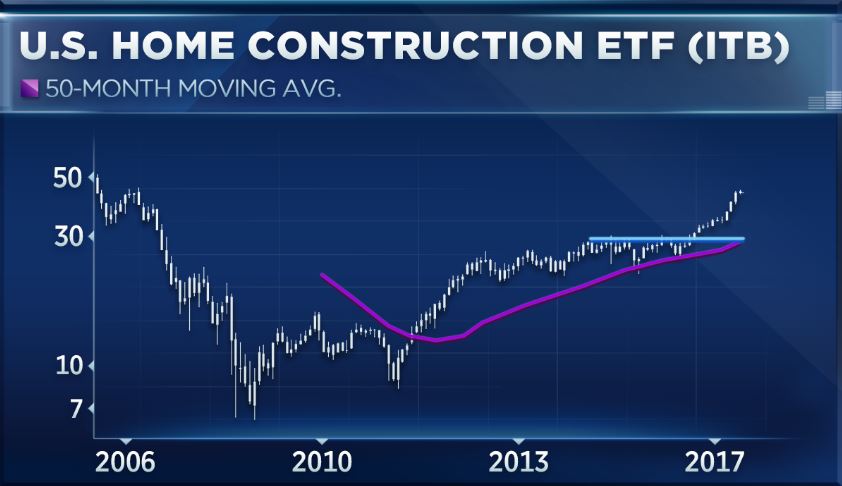 “What we know about technical analysis is when we emerge from these patterns, whether it’s a multiyear range or a multiyear base, the moves coming out of that pattern tend to be larger in both duration and magnitude than people anticipate. That’s what’s going on here with the homebuilders,” he said.

The ITB was modestly lower in Wednesday trading.

Source: Investment Cnbc
Hot housing stocks are cooling off, and there could be more trouble ahead