The business of sperm banks 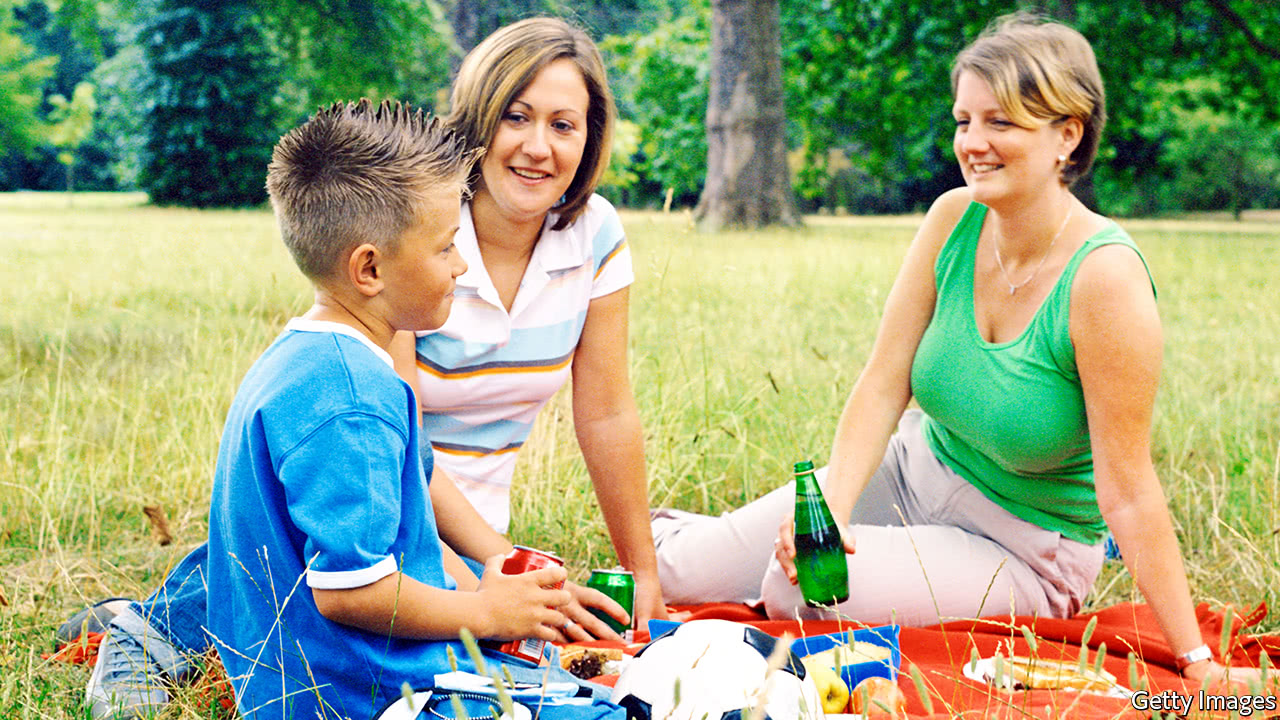 BROWSING websites that list sperm donors is weirdly similar to online dating. “Sanford is the total package,” begins one online ad, describing his strong jawline and piercing blue eyes. With a degree in finance and a “charming demeanour”, he is more than a pretty face. You can listen to a voice recording from Sanford himself. If all that wins you over, you can have his baby without ever having to go on a date. For $635, Seattle Sperm Bank (SSB) will post you a vial of his frozen swimmers.

The fact that the main customers for many sperm banks are now single women explains the marketing technique. “They tend to be highly educated, impatient and picky,” says Ole Schou, founder of Cryos International, the world’s largest sperm bank, based in Denmark’s second-biggest city, Aarhus. Its website is designed to resemble Match.com, a dating site, because “finding a donor should be as close to finding a natural partner as possible.”

Outside the Cryos office, a steady trickle of young men park their bicycles and head for the donor room, which is equipped with the usual pornographic magazines, a television and an inexplicable cactus. After they hand in their contributions, lab technicians test them and sort them by quality. The samples are labelled, frozen and stored in five large vats of liquid nitrogen at -196°C. Once orders come in they will be shipped to homes, clinics and other sperm banks in over 100 countries.

Fertility is a sizeable industry; commercial sperm banks are a crucial and profitable part of it. The global sperm-bank business could be worth nearly $5bn by 2025, according to Grand View Research, a market-research firm in California. Demand has risen strongly. That is partly because people in rich countries are postponing their childbearing years; they struggle to conceive as a result. But an even greater reason is that in more places, it is both legal and increasingly acceptable for lesbian couples and single women to have children. These groups make up 60% and 90% of clients at Cryos and SSB, respectively.

As demand rises, politicians and regulators are trying to exert more control. That has created a patchwork of rules that affect sources of both supply and demand. In some countries, such as Britain and the Netherlands, anonymous donation of sperm has been outlawed, contributing to sperm shortages; in others, such as France and Spain, donors must be anonymous. In Canada, donors cannot be paid; in most European countries they can be compensated only for expenses; in America there are no limits on remuneration.

As for buyers of sperm, many head for jurisdictions where waiting times and prices are lower or the level of testing or information about the donor greater, or because restrictive rules at home prevent them from receiving donor sperm altogether. In Hong Kong and Switzerland, for example, only married, heterosexual couples are eligible for treatment with donor sperm. In France lesbians and single women are excluded. This legislative hodgepodge represents opportunity for those that can export sperm. Thanks to dry ice, the internet and DHL, good-quality sperm has become highly tradable.

Where did you guys gamete?

The industry has not always been in the hands of businessmen. For much of the 20th century, infertile couples would see a doctor who would pull his best-looking student from the corridor and use his freshly volunteered sperm to inseminate the woman, recalls Rene Almeling at Yale University. No records were kept. The HIV epidemic of the 1980s ended such shenanigans. Freezing, quarantining and testing both sperm and donors became crucial.

Worried about rising costs and legal liability, medical clinics left the business and commercial sperm banks filled the gap. The market has become highly competitive. Many customers need between six and ten vials to conceive, and with lots coming back for siblings, the business is all about the first sell. Cryos’s sales department is bigger than the science lab.

Sperm banks can be divided into two groups: those that regard sperm donation as a medical matter and those that do not. Firms such as Cryos are adamant that donation to a healthy woman is not a medical issue. “It takes place millions of times each day without a doctor,” argues Mr Schou. Other sperm banks emphasise clinical expertise. “We provide the highest quality donors for the safest possible babies and happiest families,” says Fredrik Andreasson, chief financial officer of Seattle Sperm Bank, which focuses not just on healthy but on “sellable” donors, such as doctors. It prides itself in accepting only 1% of donors and on testing for more genetic diseases than any other bank.

Prices for sperm have roughly doubled over the past decade at several banks. London Sperm Bank now charges £950 ($1,261) per vial. At Cryos the cheapest, anonymous vials start at €40 ($48); the highest quality, with an identifiable donor, extra tests and more information, cost up to €1,600. Customers can gain “exclusive access” by buying out a donor for €12,000-30,000. American banks tend to charge extra for information. Want to see a picture or hear the donor’s voice? That will be $25.

For Amy Graves and her partner Claire Harrison, from Britain, information from Cryos about donors was crucial. “As I was going to carry the baby it was important to us that there were similarities between the donor and Claire,” explains Ms Graves. They settled on a man who loved football, like Claire, and martial arts, like Amy, and who shares Claire’s favourite colour (red) and some of her facial features.

The commercialisation of sperm, eggs and other human tissue makes many people uneasy. Sperm banks are elusive about profit margins, but if a donor is paid $100 per sample, often split into as many as five vials, sold for $500-1,000 each, margins ought to be healthy even after costs. Yet the non-profit market has failed many people desperate to have children. After Britain started a national sperm bank in 2014, it recruited just eight donors in two years.

The industry has challenges. Heterosexual couples are increasingly likely to freeze their own eggs and sperm cells for later; fertility treatments with the poorest sperm are improving. Last year the first steps towards making sex cells out of body cells were detailed in Nature, a science journal. But for the foreseeable future, more sperm banks will be advertising for donors who “have what it takes” and are willing to lend a hand to modern families everywhere.