General Motors is getting smaller but more profitable 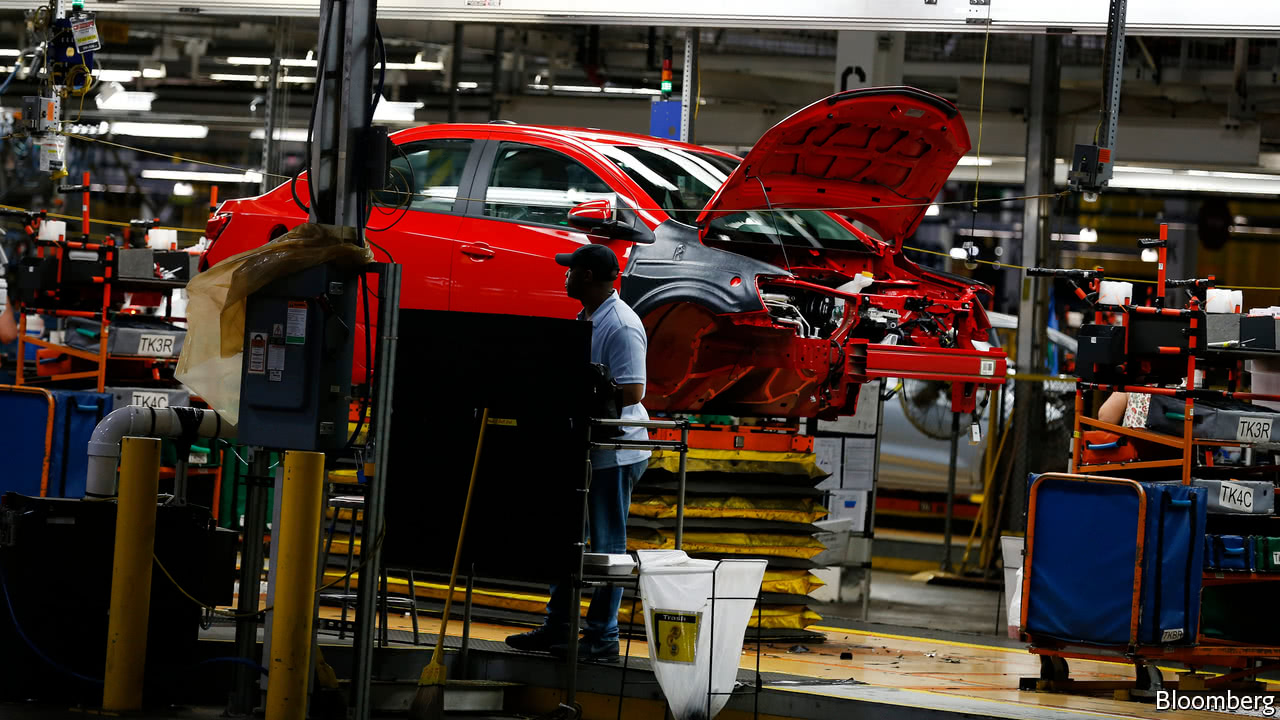 THE headquarters of General Motors (GM) tower over the other skyscrapers in Detroit’s city centre, a reminder that the carmaker still rules the American market. Yet GM’s domestic might increasingly contrasts with its position elsewhere in the world. Although most other carmakers see becoming ever bigger everywhere as the answer to the industry’s multiple challenges, GM is in retreat.

It, too, long vied with the world’s largest carmakers for the global crown. Along with Volkswagen, Toyota and Renault-Nissan, it made around 10m cars last year. Investors have been unimpressed. Although GM had record profits in 2015 and 2016 and has performed solidly this year, its share price has barely budged since its IPO of 2010, after the financial crisis had forced it into bankruptcy.

Such is the frustration that Greenlight Capital, a hedge fund with a 3.6% stake in GM, proposed splitting its shares into two classes—one keeping the current dividend and the other benefiting from stock buybacks and dividend increases. The plan was roundly defeated at the firm’s annual shareholders meeting on June 6th, in a victory for Mary Barra, the CEO since 2014.

GM reckons that handing back membership of the “10m club” is a better solution. The downsizing began in 2015 when it left two emerging markets, Russia and Indonesia, and shrank operations in Thailand. The boldest step came in March, with the news that it would pull out of Europe by selling Opel to France’s PSA Group. In May GM also said it would stop selling vehicles in India and leave South Africa.

Pegging GM back to making 8.5m cars a year signals that profits are its priority. Jefferies, an investment bank, reckons that revenues in 2017 will fall by a tenth but that profits before interest and taxes will rise by 2-3%. Dan Ammann, GM’s president, says that his firm can no longer strive to be “all things to all people in all places”. It should concentrate on areas where it is strong, could become strong or where there are generous profits to be made, he says. Both North America and China fulfil his requirements. GM may be losing money in Latin America at the moment, but it has a big market share there on which to build.

Picking markets carefully should give GM a better chance of nurturing existing businesses while preparing for a future of autonomous vehicles and ride-sharing. This upheaval is still in its very early stages: of the 3trn vehicle-miles driven in America last year, just 5bn, or 0.15% of the total, were undertaken in ride-hailing services such as Uber and Lyft. But investors are thinking far ahead, to a time when technology giants such as Apple and Google change the nature of personal transport. They fear that GM will get left behind.

The firm’s difficulty lies in convincing them that it is spending enough to stay in this race but not too much on businesses that, at present, bring no returns. (A similar conundrum led to the ousting of Ford’s chief executive, Mark Fields, last month.) GM has sensibly stressed its future technological capabilities and downplayed the cost of developing them. Spending $500m on a stake in Lyft, as it recently did, and the same amount to buy Cruise Automation, a self-driving startup, in addition to another $600m on other autonomous-vehicle costs, is a relatively small sum to set against an annual capital expenditure and research-and-development budget of $16bn.

Yet still its shares languish. Old-fashioned problems are not helping. Carmaking is cyclical: the American market is at a peak and China’s roaring growth may slow. GM is expected to make a big announcement soon about its plans to reap rewards from the future of mobility. But if it comes just as the cycle appears to be turning downwards, the news may not give the firm’s shares the tune-up they deserve.

Source: economist
General Motors is getting smaller but more profitable