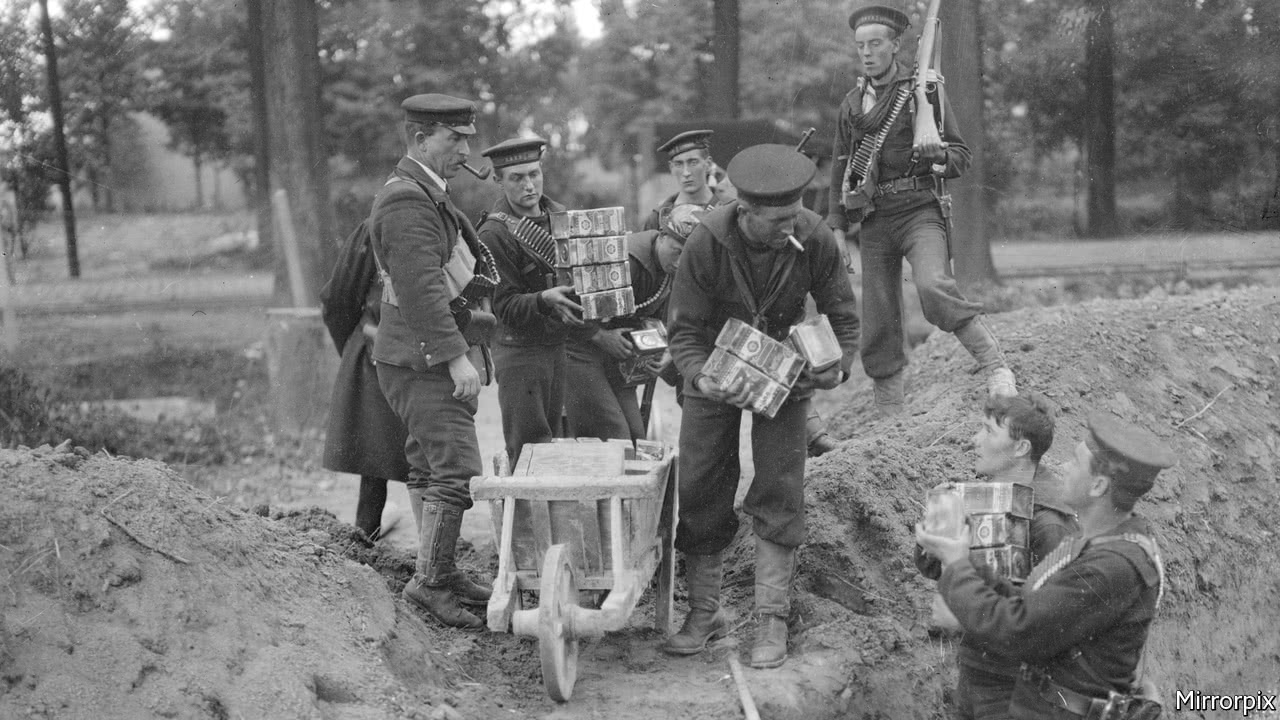 ONE hundred years ago, Argentina was not the country it is today. Thanks to a belle époque of lavish foreign investment, rapid inward migration and bountiful agricultural exports, its GDP per person in 1917 was comparable to that of Germany and France. Although the first world war brutally interrupted international trade and investment, the country profited from filling the bellies of soldiers on the front with tinned corned beef.

No one knows how Argentina may change over the next 100 years. But many investors seem willing to bet on one forecast: that its government will in 2117 repay $2.75bn-worth of dollar-denominated, 100-year bonds, sold to enthusiastic investors on June 19th.

Since Argentina has defaulted six times in the past 100 years, that belief seems brave. But instead of looking backwards, investors are looking from side to side, at the miserable yields on offer elsewhere. Argentina’s “century” bonds yield almost 8%. That is comparable to what investors can now earn on an equally long-dated bond issued in 2015 by Petrobras, Brazil’s state-owned oil company. And it is several percentage points more than the yield on Mexican bonds due in 2110 or Russian paper due in 30 years’ time.

Moreover, many investors will hope to make a profit long before this belief in Argentina’s 22nd-century creditworthiness is tested. If their case merely becomes more plausible (or if yields elsewhere prove disappointing), Argentina’s bond prices are likely to rise, allowing their holders to sell at a profit. And the longer the life of a bond, the more the price will move (in either direction).

For Mauricio Macri, Argentina’s president, the successful bond sale is a timely endorsement of his reform efforts. His team had hoped that MSCI, which compiles stockmarket indices, would decide this week to readmit Argentina into its widely-followed emerging-market index, rescuing it from the lower tier of “frontier markets”. But on Argentina, unlike China, MSCI decided instead to wait. Investors, it said, are not yet convinced Mr Macri’s reforms are “irreversible”. It is unusual for equity investors to be more circumspect than bond buyers. But they have a point. At times over the past 100 years, Argentina has shown that it can reform itself, reverse itself, and reverse those reversals.